Home Veterans A New Reserve Currency to Challenge the Dollar 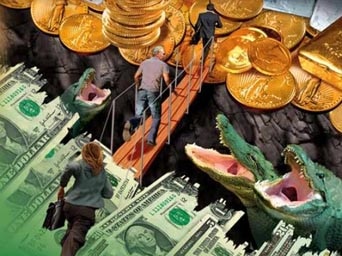 What’s Really Going On in The Straits of Hormuz

“I think the stand-off with Iran in the Straits of Hormuz over sanctions is as much to do with the moves to replace the dollar as anything else.  The standoff is as much with China and its allies as it is specifically with Iran.”

A little over a year ago on 1st November 2010, I wrote what I called “…a little bit of scurrilous speculation.”  In it I speculated that an unintended consequence of QE had been to spur several countries to think very seriously of how they could replace the dollar as their settlement currency for international deals. The Settlement Currency just means the currency both parties agree is stable, internationally trusted and accepted, and in plentiful supply which may not be the case for their own currencies. I wondered if doubts about the longer term stability of the dollar and of US debt levels, was combining with a political desire in China and perhaps other countries as well to challenge the US via the dollar with the eventual goal of creating an alternative reserve currency backed by gold rather than, as the dollar now is, by debt.

Various countries have been buying gold.  Russia, China, India have all bought a lot….Which brings me to my speculation. The list of countries accumulating gold is similar to the list of countries that were reported to be talking about the need for a new reserve currency to replace the dollar.

I wonder if those who are seriously thinking of trying to unseat the dollar and create a currency which is backed by something other than debt and is not under the control of America’s corrupt banks and even more corrupt government, are investing in gold as a precursor to making a real bid for a new currency.

Later, in Making the New Sub Prime Part 2, I looked at the growing network of bilateral agreements in major trade deals gradually replacing the dollar as a settlement currency. 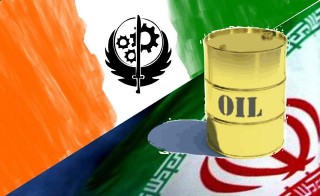 Being a ‘Settlement’ currency is not quite the same as being a ‘Reserve Currency’ like the dollar, but it a major step in that direction. It is, in fact, a very large step.  Which currency large international trades are done in matters. It is a fact that in 2000, Iraq signed an agreement to sell its oil, all its oil, in Euros. Iran was contemplating doing the same at around the same time. The Iraq decision involved the large French bank PNB-Paribas. France was not one of those who supported the war and Washington led a hate campaign vilifying the French.  The worry was that a switch from dollar to Euro settlement might gain momentum. Any major move away from dollar settlement would cripple the US.

In January of this year the India Times reported that India was talking to Iran about moving out of dollar settlements so as to be able to buy Iranian oil despite a US embargo.

India said it was discussing settling in Gold. Remember, India has just signed a settlement agreement with China to use the Yuan.

A very good summary of recent news by ZeroHedge suggests I may have been on the right track. And recently the pace has picked up. 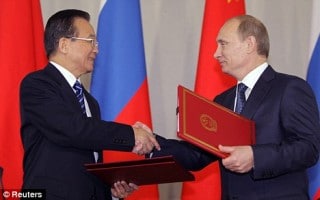 China and Russia have been trading directly in their own currencies and using them both interchangeably for settlement for over a year. As the The China Daily article reports,

China is allowing greater use of its currency for cross-border transactions to reduce reliance on the US dollar, after Premier Wen Jiabao said in March he was “worried” about holdings of assets denominated in the greenback.

Then on 26th December 2011 Bloomberg reported, Japan and China will promote direct trading of the yen and yuan without using dollars and will encourage the development of a market for companies involved in the exchanges, the Japanese government said.

China is Japan’s largest trading partner. Japan will also start in 2012 buying Chinese debts. How much Dollar debt will either of them buy? They have both already been buying less.

Iran and China on Wednesday signed two agreements on expansion of trade ties and joint investments. 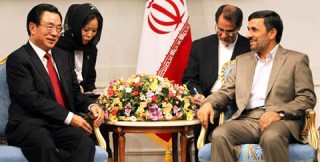 These trades too will not be settled in Dollars or in Euros.

Three days after that The China Post reported that on the last day of 2011, US President Obama had signed a new law in which

U.S. imposes sanctions on banks dealing with Iran….Sanctioned institutions would be frozen out of U.S. financial markets.

Sounds tough. A bit like sending an aircraft carrier to the Straits of Hormuz. But as the article went on to report, with only barely concealed delight, the threat may be as hollow as the dollar itself. The law comes with exemptions which may eventually highlight America’s plight rather than its might.

The sanctions target both private and government-controlled banks – including central banks – and would take hold after a two- to six-month warning period, depending on the transactions, a senior Obama administration official said.

Under the law, the president can move to exempt institutions in a country that has significantly reduced its dealings with Iran and in situations where a waiver is in the U.S. national security interest or otherwise necessary for energy market stability. He would need to notify Congress and waivers would be temporary, but could be extended. 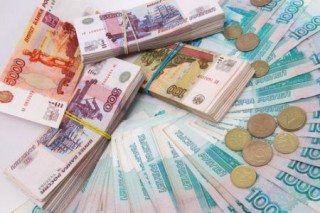 And as if to make the point, only a couple of days after this on Jan 7th, came the news that, Iran and Russia replaced the U.S. dollar with their national currencies in bilateral trade, Iran’s state-run Fars news agency reported, citing Seyed Reza Sajjadi, the Iranian ambassador in Moscow.

So now almost none of Iran’s oil will be traded in Dollars.

India and Japan have also recently agreed  a 15 billion dollar currency exchange. This will tie their two currencies closer together.

The list of countries and trades no longer using the dollar for settlement for their trade is now considerable. How close are we to reaching the tipping-point where it no longer makes sense for nations to use dollars and makes more sense for them, both economically and politically, to use the network of currencies tied to the Yuan? When we reach that point the Yuan becomes in reserve currency in all but name.

China, India, Russia and Iran are all large holders of physical gold and most of them are also large producers of it. None of them are firm allies of the US. They all have long term relations with each other.  All of them have expressed concern over US debts and printing. None of them will like QE3, nor Euro printing, when they both arrive later this year.

I think the stand-off with Iran in the Straits of Hormuz over sanctions is as much to do with the moves to replace the dollar as anything else.  The standoff is as much with China and its allies as it is specifically with Iran. The US is testing China’s nerve and the solidity of its network of bilateral currency settlement agreements.  We are seeing military power deployed to counter economic power. I think the US will lose.  Depending on the nature of its loss we could see a precipitate decline in the standing of the dollar as global reserve currency.

And the reverse is also true. If  China can transform the network of bilateral agreements which centre upon China and the Yuan, in to becoming accepted as a de facto reserve currency, then for those, like me, who wonder how China can possibly avoid a hard landing as its bad bank and property bubble deflates faster and faster, look no further.

There is no denying China has an absolutely massive bad debt crisis fermenting. Every one of its banks is gagging on bad loans made to every one of China’s regional governments. There are trillions of Yuan worth of loans which will not be repaid, on property and land valued at hugely inflated but now defaulting prices. But if China can become a rival and rising reserve currency at the centre of a new and growing collection of trading partners, then China can and will bury the debts in a mass unmarked grave somewhere in its hinterland.

At the moment when America is seen as being no longer the pre-eminent reserve currency and its debt load is re-considered accordingly, China and its debt load will go the other way. America and its currency risk being seen as too rotted by debt to be trusted and it’s claims of economic growth seen as fake, empty, paper-based, accountancy-conjured growth. The Dollar and America itself risk being seen as the fiat currency and fiat nation par excellence .While China and the Yuan will be seen as backed by gold and real growth.

I think the big old sterling silver coin may already have dropped for some investors. That is why prices for physical silver are surging above the price for paper claims on silver. I think some traders are getting nervous about buying paper claims on silver and now want only the metal itself. They suspect that in the end, if you have only a paper claim or contract for, silver that is exactly all you will ever have – the paper. Only those with the actual metal in their hands will get what they paid for. I think there is a fiat, paper currency version of gold and silver floating around and parasitizing the metals themselves. Those who own that paper stuff may get…well … stuffed.

Where Europe goes in all this is another story which I will try to say something about when I get back from filming. I am away for this week, back on Saturday and away again filming till the 20th.

David Malone is author of the “The Debt Generation“. David has a career spanning nearly twenty years producing and directing documentaries for both the BBC and Channel4. His series Testing God was shortlisted for the Royal Television Society best documentary series and was described by The Times as “moving and startling – as close to poetry as television gets.” For the last three years David has focused considerable attention on the financial system. His BBC documentary High Anxieties- The Mathematics of Chaos, first broadcast in September 2008, was one of the first films to be made about the financial crisis accurately anticipating the problems that were to unfold in the economy. The Debt Generation was published in November 2010.