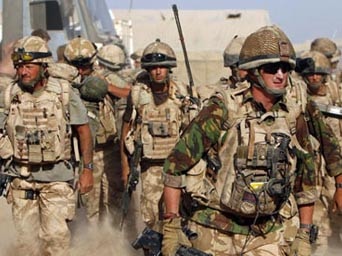 Jan 7 2012 – (Birmingham, UK) – BRITISH troops returning from Afghanistan are being struck down by a dangerous flesh-eating bug that can lead to disfigurement.

Infection specialists at Heartlands Hospital have been inundated with military patients infected with the desert boils disease leishmaniasis.

It is the same disease that TV presenter and Castaway star Ben Fogle fell dangerously ill with in 2008 while making the programme Extreme Dreams in Peru. The star described the experience and treatment as “horrid and very painful”.

Dr Chris Ellis, clinical director of infection and tropical diseases at Heartlands Hospital, in Bordesley Green, said: “We started getting soldiers from Afghanistan showing signs of a skin infection, caused by a parasite.

“The treatment isn’t simple as we have to keep giving intravenous doses of sodium stibogluconate.

“It takes a long time to heal. It presents itself as a skin ulcer that just won’t go away and other infections can then get on top of it. But it is not contagious.

“It became common and peaked around two years ago, but we are still getting military patients.

“Leishmaniasis is prevalent in parts of Afghanistan and we had 50 military patients alone in 2008.”

Cutaneous leishmaniasis, the common form among soldiers, is a disease spread by the bite of the female sandfly. It can eventually cause parts of the nose and lips to wear away if left untreated.

Symptoms include breathing difficulties, skin sores and, in the most severe cases, plastic surgery may be needed to correct disfigurement caused by sores on the face.

There are different types of leishmaniasis ranging from skin sores, which are the most common form, to a more dangerous version that occurs up to eight months after being bitten with parasites and compromises the immune system.

Dutch troops deployed in northern Afghanistan were also reported with the disease in December 2010 in the American Journal of Tropical Medicine and Hygiene. Other cases of leishmaniasis were seen in military personnel returning from the Persian Gulf.

There are no drugs to prevent the disease, only ones to treat it once a patient is infected.