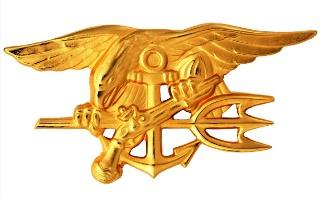 Infamous NYPD Says:  Anyone Claiming to be a Navy SEAL a Raving Lunatic

Navy Seal Sean Day was carrying a pistol in New York City.  SEALS can do this as “first tier” counter-terrorism forces.  Their authority is far beyond that of local police, even NYPD, America’s most corrupt law enforcement agency.

As usual, NYPD tells of Day, trained to withstand torture and live in the most hostile environs, as being “babling and incoherent,” but the truth is simple, they arrested a SEAL, under constant personal threat everywhere in the world, and put him in a psychiatric hospital because they didn’t believe him.

He hadn’t even shot a protestor 20 times, pepper sprayed anyone and didn’t have a paycheck from a Wall Street bankster in his wallet.

He had to be a phony, everyone else in New York is, in particular the mayor and police department.

New York, one of the most dangerous cities in the world, has powerful gun laws.  In this case, the 9mm automatic pistol legally carried in Sean Day’s vehicle led to charges being dropped but for others, particularly military who have legal pistol permits, arrests in New York City have led to criminal charges which can bring a decade or more in prison.

Every police officer has a pistol and hundreds of them should face criminal charges for their acts during the “occupy” protests, illegal use of force along with clearcut cases of bribery.  Banks openly paid officers to break the law while every official in the city got their usual “taste.”

The continued attempts to smear Day to cover illegal imprisonment, illegal arrest and disrespect to a member of our armed forces continues.

Day is a Virginia resident who was travelling through New York.  Any US citizen can have a weapon in their vehicle while traveling from state to state according to US law.  There was no mention of this weapon being in the possession of the driver or being loaded.

Additionally, any “tier one” member of our military is officially covered by laws that protect intelligence agents.  They are not to be questioned under any circumstances or held except under the authority, as in this case, of the Secretary of the Navy.  There are Naval facilities and appropriate authorities in New York or, if necessary, the police should have consulted the FBI rather than to question an intelligence operative and to illegally incarcerate him in a mental health facility for identifying himself as “an intelligence agent.”

There are reasons intelligence agents are protected.  Their lives are always in danger and, often as not, were they to be assassinated, it would be a police officer hired for such a task.

Part of all intelligence training includes some very interesting information on this which is, of course, classified.

I, of course, have the common sense to avoid abusing people who can shoot you in the head from 800 yards and never be heard from again.   Being one of those folks, I tend to note the irony.

Once, many police were veterans and police showed great respect and deference for vets, even those “down on their luck.”

This has changed and police seem to target veterans with a number of incidents, fatal shootings in particular, straining relations between the military/veterans and police communities.

So far, the charges against Day of weapons possession and a traffic violation have been deferred.

Over the past few months, other out-of-towners, however, including a former marine, have been arrested for illegal gun possession in New York and face years in prison despite pleas for leniency.

Editor’s note: The lawyer for former Marine Ryan Jerome, one of those arrested recently, joined The Blaze Editor-in-Chief Scott Baker on Friday’s GBTV ‘For the Record’ program. Here’s an excerpt from that interview: