Home Veterans How about an international award for hypocrisy?

There really is no end and no limit to the hypocrisy.

William Hague: “I think Russia has to understand that if it continues to take this position it will be increasingly isolated”

Arising out the will of Alfred Nobel, the Swedish chemist who invented dynamite, the Nobel Prize is universally recognized as the most prestigious award in the fields of peace-making, economics, chemistry, physics, medicine and literature. How about an international award – without the gold medal, the diploma and the money – for hypocrisy?

Such an award could be called the Lebon Prize (reversing Nobel).

If there was such an award, the statements of European and American leaders in the immediate aftermath of Russia and China’s veto of the Security Council resolution to end the killing in Syria suggest two most obvious nominees for it.

In the House of Commons he pronounced Bashar al-Assad’s regime to be “doomed” because there is “no way it can recover its credibility.” That may very well be the case in the long term, but in my view that Hague statement was somewhat naive at the time he made it. For its short to mid-term survival at the time of writing, and unless visiting Russian Foreign Minister Sergei Lavrov is seeking to engineer Bashar al-Assad’s departure from office in a face-saving way that will protect Russia’s interests, the Syrian regime doesn’t need credibility in the outside world. It needs only enough weapons and the will to go on killing its own people. (That said there can be no doubt that Bashar al-Assad and/or his Alawite generals took the Russian and Chinese vetoes as a green light to escalate the killing. Also to be noted is that Bashar al-Assad was not the only Arab leader to draw a particular conclusion from Mubarak’s downfall. “If our people take to the streets demanding regime change, shoot them!”)

But the particular Hague statement that prompts my suggestion that he be nominated for a Lebon Prize for hypocrisy was this one. By exercising their veto “Russia and China have placed themselves on the wrong side of Arab and international opinion.”

The obvious implication is that it’s not good politics and policy to be on the wrong side of that opinion. Really? Then how do we explain the fact that all the governments of the Western world, led by America, are on the wrong side of it because of their support for the Zionist state of Israel right or wrong – unending occupation, on-going ethnic cleansing and all? There is a one-word answer. Hypocrisy.

The second most obvious nominee for a Lebon Prize for hypocrisy is Susan Rice, the U.S. ambassador to the UN. In condemning the Russian and Chinese vetoes, she said, “For months this Council has been held hostage by a couple of members.”

Given that for the Security Council has been held hostage for decades by American vetoes to protect Israel from being called to account for its crimes, that Rice statement is – what I can say without resorting to use of the “F” word? – hypocrisy most naked and taken to its highest level

No doubt readers will have other suggestions, probably many, for nominations for a Lebon Prize for hypocrisy.

Hague also condemned China and Russia for “betraying the Syrian people”. It apparently doesn’t matter that the British and all other Western governments have been betraying the Palestinians for decades. There really is no end and no limit to the hypocrisy. 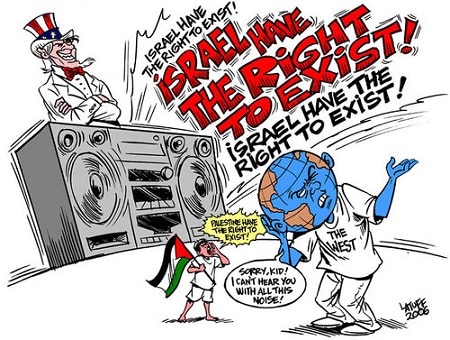