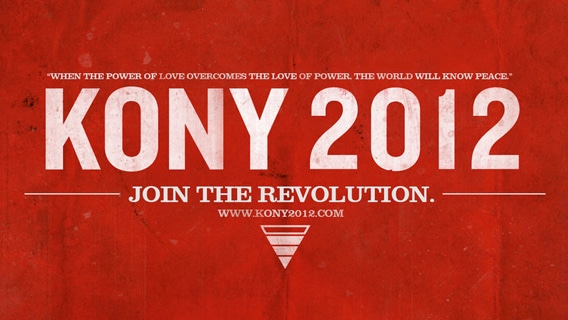 EDITOR’S NOTE: Study Carl Gustav Jung and the “collective consciousness,” its neurosis and phobias. It would be great to conjure up enough support for the making of a video like Invisible Children with Palestinian children the subject though.

If social networking can get a president elected, facilitate revolutions, help or hinder political dialog and arouse global support for millions of abused children, it’s a media with a spectacular message.

The election of Barack Obama ushered in the use of political networking that hadn’t been seen before.

Amazingly, the message failed to register in the minds of the Republican candidates vying for votes as nominees. Instead of recognizing the potential that the Obama campaign exploited, Republican contenders have been raising huge capital contributions to support traditional speaking engagements and TV ads.

Even more amazing has been the recognition by the youth in both the Arab spring and in the American Occupy campaigns to use the Obama network success.

If, as Marshall McLuhan believed, “The media is the message”, it becomes imperative to fully understand networking as media with a message, especially when it comes to politics in large numbers.

In a recent poll, Pew Internet & American Life Project found that only a quarter of social network users always or mostly agree with their friends’ political posts. 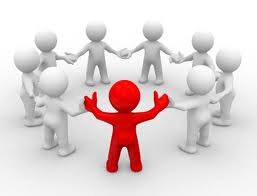 The majority, 73 percent, agrees with friends’ posts “only sometimes”. When they do differ in opinion, 66 percent usually ignore the offending post. Just over a quarter (28 percent) respond with their own posts, and 5 percent said they might respond depending on the circumstances.

One study of the Pew report made it clear that “Social media users unfriend those with contrary political opinions.” The message in that is the well worn social advice: if you want to keep your friends, don’t discuss politics.

According to Howard Kurtz, The Daily Beast and Newsweek’s Washington bureau chief, “when you’re living online, politics apparently gets in the way of friendship, just like when you’re hosting a dinner party.”

Kurz found that the large majority of people simply ignored posts they disagree with; and “38 percent say they were surprised to learn that the political leanings of others were different than they imagined.”

Another of Kurz’s interesting findings was that “16 percent have followed or friended someone because that person shared the user’s political views.” 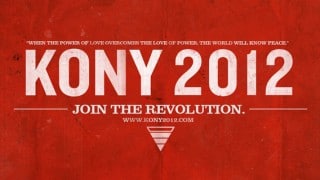 The latest and most remarkable use of networking is the video by Invisible Children, the non-profit group that produced a hugely popular half-hour documentary about the notorious African warlord Joseph Kony.

The group’s “KONY 2012″ video had been viewed more than 75 million times on YouTube by late Monday (March 13).

Invisible Children says it wants to make Kony a household name and drum up global support to end the murders, rapes, abuses and abductions committed by the Lord’s Resistance Army in central Africa.

Reported by Al Jazeera, “the charity is being criticised for its style of campaigning on the issue and the film has triggered a vigorous online debate about the film’s accuracy.”

An editorial in Haaretz noted that “It is the first call for concrete action against an injustice being perpetrated overseas that has gone viral, sent out to tens of millions of people by tens of millions of other people. It has stretched the boundaries of the public and political dialogue, which is usually restricted to events within each country’s borders.”

The editor warned that “Israel should take note of ‘Kony 2012.’ It would not be far-fetched to assume that a similar film will be made about the Palestinian conflict. And once the heartrending images of bleeding children are seared into the consciousness of tens of millions of people, it’s doubtful that even 46 pauses for applause in Prime Minister Benjamin Netanyahu’s speech to AIPAC will be able to erase the damage.”

Social networking accommodates a huge number of participants, with Facebook and twitter taking the lead. The interactive nature of the medium provides a platform for word of mouth advertising and promotion.

A social networking site is also a place where a user can create a profile and build a personal network that connects him or her to others. One writer called social networking “the logical extension of our human tendencies toward togetherness.”

If social networking can get a president elected, facilitate revolutions, help or hinder political dialog and arouse global support for millions of abused children, it’s a media with a spectacular message.