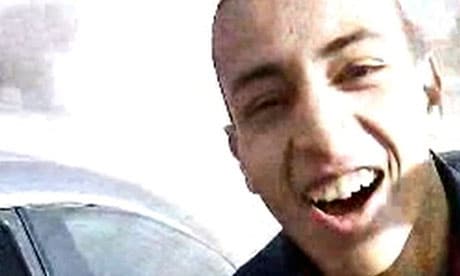 When Mohamed Merha killed three Jewish children and a Rabbi outside a school in Toulouse, France, the murder was immediately dubbed as “Anti-Semitic” crime, but the same was not said of his murder of three “Muslim” North African French soldiers. I guess the backgrounds of who dies and who kills do make a difference.

As I sat down to write on the subjects of faith, race, color, and murder, I could not help but see contradictions from all corners, Zionist Jews and the Goym, Muslim Jihadists and of course Christian Crusaders. Yes, murder has has an ideology and faith, even if committed by misfits and delinquents.

In the last couple of weeks a series of murders took place in Florida, Gaza, Toulouse, and Kandahar, not to mention Iraq, Pakistan and Afghanistan, and good old San Diego. All of these murders carried an ideology and it is called hate – hate based on faith, color and race.

In the case of Florida, the cold blooded murder of Black teen Trayvon Martin by George Zimmerman hit the news not because the murder took place, but because George Zimmerman, a White/Latino was not arrested immediately. Instead, he was presumed innocent, while the dead African American teenager was presumed guilty. I guess being Black is a crime, just like being a Muslim is a crime.

Way across the world in the province of Kandahar, 17 Afghani civilians (9 children and 8 adults) were gunned down in cold blood by Staff Sgt. Robert Bales who was whisked out of Afghanistan to face charges. Perhaps his case will end up like that of Haditha. Of course the American media referred to the troubled history of Sgt. Bales but never mentioned his political and religious ideology. Yes, his murderous rampage is defined by hate, but for some reason not linked at all to his faith.

Of course I mentioned this because when Major Nidal Hassan committed the cold blooded murder of 13 fellow soldiers in Ft. Hood, Texas the media immediately labeled Major Nidal Hassan a Muslim Jihadist and terrorist and went on to investigate his faith, his ideology, his mosque, his contacts, his purchases from 7-11, but the media and the military simply did not do the same with Sgt. Bales. I guess being of a certain faith makes a difference but only if the faith is Islam.

One only has to go back little in time to Haditha, the city in the Al-Anbar Province in Iraq where American soldiers, perhaps members of Army of Jesus or Crusaders committed cold-blooded murder 24 unarmed civilian Iraqis. The killing was not only a tragedy for the American military and the Iraqis, but the fact that all those charged with murder were let go and the charges of murder were dropped except against one “negligent homicide” did not speak well for America and its military leadership. In fact, it is strongly demonstrative of the contempt high ranking US military have for the “enemy.” Once again in this example, faith and race had every thing to do with victims, the killers and the dropped charges.

Of course everyone in France, in the US and around the world cried cold blooded Anti-Semitic murder when a “Muslim” gunned down 3 Jewish children and a Rabbi, but no one moved, not President Sarkozy, not the minister of interior, or anyone else, when three French soldiers, “Muslims” of North African origin were gunned down in the same city. The murderer Mohamed Merah could be a Jihadist or a simple chronic delinquent young man; he killed innocent Jews AND Muslims. But somehow, the faith of the victims and faith of the murderer made a difference in how the media reported this murder rampage. 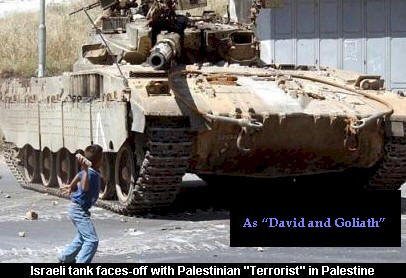 In Gaza, hundreds and thousands of Palestinians have been killed at the hands of “Jewish” soldiers and yes, whether ADL or AIPAC like it or not, the crime of murder is a hate crime, faith and race made the difference in these killings. In Israel killing an Arab is never an issue and seldom does any Jew, soldier or settlers ever face charges. I guess no one gives a damn if a Jew kills an Arab Goyim, but every one must give a damn if an Arab kills a Jew. Should race and faith make a difference in Gaza or for that matter in Israel, or the West Bank? Should it make a difference if the innocent victims are Jews or Goyim?

Of course we must not blame Jews and Christians, but instead we should blame Muslims and Islam for all murders and killings, right? The fact is, for the victims of these hate crimes, the faith and race of the killers makes no difference.

Perhaps it is time for all of us to look at murder as murder, and accept that no faith or color or ideology has a monopoly on hate. The lives of African Americans and white Americans, Jews, Muslims, Christians and Hindus are of equal value and of equal importance to families who lost them.

Let is also remember that killers, like victims, come in all kind of colors, faith and race and no certain group has a monopoly on hate. Let us pray for all of the victims of these hate crimes.