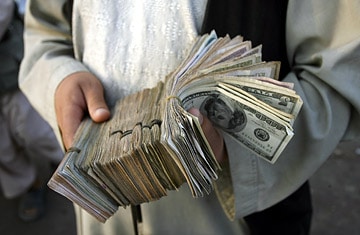 Last Thursday on my radio blog which emanates from Atlanta, I had the privilege of interviewing Mr. Scott Cestari, a former banker turned entrepreneur, who today owns a lawn and garden service company in Mooresville, NC.  (You can listen to that interview at http://www.blogtalkradio.com/silverliningvillages/2012/04/05/sending-our-youth-off-to-war). Scott’s son, a Marine who was recently deployed to Afghanistan, it is a story that needs to be told. I felt the general public whose children are safe at home, many complaining about ordinary day-today problems, might like to hear what it is like when a family is faced with real challenging issues.

My idea was that with only .5% of the population actually having a “stake in the on-going war”, which by the way, is in 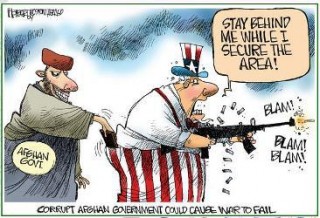 year number 11 for those keeping track, it is important not to lose track of those who are putting their lives on the line every day and the stress placed on the families left behind. What remarkable insight it was to hear from a father’s prospective, knowing full well it was the same for many of us who dawned the uniform and left our families behind as we went to serve in Korea, Vietnam, Grenada, Kosovo, Kuwait, and on and on and on.

Before I decided on such a subject I had to do a lot of homework about what has transpired the past decade and where the War on Terror has taken us.  The mission appears to have changed from basically routing out the bad guys; getting a little pay-back; destroying the enemy’s ability to wage war; and keeping the battle “over there” so we are not having to fight it in the streets of America, to one of “nation building” in a couple of countries where we may or may not be successful and where many seemingly are not interested in freedom or our way of life.

To most Americans our mission was noble though a significant handful of those residing in the United States feel there will always be an underlying motive of supporting the so-call industrial-military war machine regardless of whatever name the politicians put on the mission. There is certainly a lot of evidence toward that end as our military spending is larger than all other nations combined (friend and foe added together). The real issue however, after 11 years, is do we want of sons and daughters fighting to support corrupt governments?

Like those who fought in the two World Wars, the mission was clear-cut and actually meant the survival of the United States and our way of life as opposed to global domination by those hell-bent on enslaving the rest of the world and enforcing their vision of utopia while ridding us of “undesirables” through ethnic cleansing.  These were wars of, by, and for America and the free nations of the world. Since those noble efforts we seem to have slipped from clear-cut objectives that united and motivated our country, to a long series of wars that were not well defined, terribly mismanaged, politically bent, and with no definitive end-point. What’s even worse is that most wars and military action since World War II, have been played out on the world stage with America’s interests suspect at best and at a great toll in lives lost.

I also thought my questions should lead to a discussion about the “politics” of war in general and about the efforts in both Iraq and Afghanistan in particular, as the recent politically incorrect blunders such as the destruction of the Korans, the killing of innocent civilians by over-stressed troops, and other events have us all wondering if we shouldn’t just pull up stakes and bring all the troops home.

To even begin to understand those aspects we need to look at just who’s running the show in the first place, and I don’t mean just the politicians we elected to office. I’m talking about getting an idea behind just who’s calling the shots with no accountability to the voting public and little if any oversight by those we have elected to office.

Our Constitution set up a system of checks and balances and limitations on the powers of the federal government. To run the government effectively (the natural progression of all governments gravitate toward exceeding the power originally intended along with the corruption that evolves), our Founding Fathers specifically established certain powers to the federal government and reserved most for the states. We have all seen that idea erode, particularly in the last century where the original concept is only visible when pointed out through editorial content in what remains of our “free-press media”.

Part of our governance was granted to the President’s Cabinet whose appointments were to have been approved by the U.S. Senate. That particular arrangement served our country fairly well for the first two centuries, but today has been totally shoved aside with the advent of a group of unelected, unapproved, and unvetted “Czars”, which have been allowed to developed outside the oversight of the Senate. The number currently sits at 32 but going to 35 in total, and answer only to the President as if we were living under a monarchy. The number has risen dramatically and most of the citizens have no idea the danger that poses to our freedom and way of life.

As there are so many, I’ve decided to share just couple of cases with you. They are the “barometer” of the current administration and should scare the absolute hell out of every America. You don’t have to believe me, but please feel free to do your own checking…

Mr. John Brennan, Assistant to the President for Homeland Security and Counter-terrorism;
Salary $172,200. He is a staunch supporter of the Foreign Intelligence Surveillance Program; defended the use of extraordinary rendition, saying it is “an absolutely vital tool.” In 2009 Brennan declared an end to the War on Terror saying “The President does not describe this as a ‘War on Terrorism,’” He went on to say that the US would not seek merely to defeat al-Qaeda and other terrorist, but also to address ignorance, poverty, and repression, because terrorist attacks are often “the final murderous manifestation of a long process rooted in hopelessness, humiliation, and hatred.”

In short, the US is to blame for the terrorist attacks. I guess we must now view the war on terror as part of the global war on poverty which fits right in to the Globalist’s view of the world and blame America first crowd. Brennan has previously opposed U.S. military action in Iraq, Afghanistan and Pakistan, and has called jihad a legitimate tenet of Islam. To think he sits alongside a whole group of Czars that hold the lives of US military personnel in their hands is unfathomable. This is reminiscent of how everything went south in Vietnam.

Daniel Fried is the special envoy to oversee the closure of the detention center at Guantanamo Bay with an unspecified salary. He’s called the Guantanamo Closure Czar, though is more aptly, Guantanamo Closure Czar Human Rights activist for Foreign Terrorists.  He believes America has caused the war on terrorism. The problem with closing Gitmo is what to do with the 229 detainees housed there. With Guantanamo situated in Cuba, escape isn’t really much of an option because even if an escapee were to get through the landmines surrounding the base, Castro just might shoot them.

The terrorists held in Gitmo are not a group of peaceful protestors who have been wrongly imprisoned. They were picked up either actively engaging in war against the US or involved in terrorist activities. They are dangerous individuals and acknowledged as such by many in the Administration. So, why the rush to return them to their home countries? We’ve tried that approach before but shown the errors of our ways when eight Kuwaiti detainees were released from Guantanamo a short time ago. One of them was able to regain his passport, through legal means, and go up to Mosul where he blew himself up and a number of Iraqis as well, yet Mr. Fried wants then all to be given rights we afford our own citizens, coddled as common criminals, and returned to their home countries.

I could write a book about Barack Obama, and his band of Czars, but he is the first American President to surround himself with anti-American radicals, communists and known Marxists, who, though being paid out of the federal treasury, have not been vetted and approved by the Senate. Additionally, only a couple have any experience in the real world we all live in (the private sector), and are woefully inexperienced in the jobs they hold. To anyone employing “backyard logic”, as I call it, this isn’t the kind of government our Founding Fathers envisioned, and it sure doesn’t pass the smell-test when it comes to the Constitution, which reads…

…that the president “shall nominate, and by and with the Advice and Consent of the Senate, shall appoint Ambassadors, other public Ministers and Consuls, Judges of the Supreme Court, and all other Officers of the United States, whose Appointments are not herein otherwise provided for…” (Article II, section 2).

Armed with this background Mr. Cestari and I had a very interesting discussion on my radio program.  The interview can be best summarized by “informative”. After eleven year of fighting the anxiety of knowing your family member is in harm’s way no matter where they are assigned; that those for whom they are risking they lives are as dangerous as the enemy they are fighting; that one cannot tell friend from foe whether young or old; and that it appears all we are doing is forestalling the emanate collapse of a corrupt government when we finally leave town…all too familiar to those who served in Vietnam.

Like most patriotic families who have a stake in the game, Scott was all too willing to share his opinion on the course our “ship of state” was heading, the political isolation of those we elected to office who appear to only be in politics for financial gain and power, and the apprehension and anxiety that every family member feels. It would do every reader well to spend a few minutes listening to the interview on the website listed in the first paragraph above.