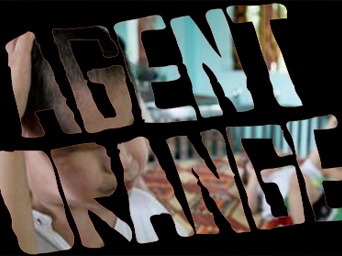 Dow and Congress holding hearing on the Report on Carcinogens (RoC).

(WASHINGTON, DC) – This hearing might as well be called “fact versus fiction” and certainly has political agenda undertones with campaign money for the membership of the committee’s at stake.

Just in Dioxin(s) alone no American, much less any Vietnam Veterans or the Vietnam people themselves, can possibly believe the chemical companies and their bottom line profit dollar. History demonstrates a complete lack of concern for environmental and human health.  To include the publication of court proven fraudulent chemical company studies and what must be considered collusion to conspire to keep what they were finding themselves from their customers in a pact to remain silent as to their own concerns.  This was found in company e-mails.

I can with little reservation conclude after twenty years of research that the only one that tells the facts with empirical data and clear outcomes is the NIEHS.

One only has to look at the history of dioxins not only with chemical company fraudulent studies above but the lack of integrity at the CDC.  It is a known fact the CDC let the White House interfere with the dioxin studies and sold their scientific souls.  This was even reported by or own Congress who then did nothing of course in House Report 101-672.

1990 -“Charges of a White House cover-up have been substantiated by report, HR 101- 672, from the House Government Operations Committee.  That report, released August 9, 1990, charges that officials in the Reagan administration purposely “controlled and obstructed” a federal Agent Orange study in 1987 because it did not want to admit government liability in cases involving the toxic herbicides.”  (HR 101-672 “The Agent Orange cover-up: a case of flawed science and political manipulation.”)

It is also a known fact that the EPA from its infancy was controlled by the chemical companies to include taking over meetings as if they were in charge.   As above in the CDC we also know that our own government was involved in shelving EPA reports that challenged the stated facts by the chemical companies.  In fact, became the basis for the Dioxin reassessments in 1992, 1994, and 1994.  I say reassessments because our own EPA had become the laughing stock of the international scientific world.  With the foot of our presidents and even members of congress on their leaderships head as to not find any issues in what must be considered scientific fraud.  It is also a known fact that we have known about these dioxins since WW2 and our EPA is either unwilling or unable due to government pressure to even come out with a dose rate.  No confidence there at all as far as I am concerned.

Then we have the IOM which is nothing but a long arm of the government and not as independent as advertised.  These scientists have also sold their intellectual soul as well to our government for more government contracts.

Example:   As most of you know our illustrious congress contracted to IOM to make associations to dioxins for our Veterans.  While congress itself in the Dioxin and Radiation Exposure Act concluded that all was needed for service connection was a statistical association.  This simply means that there is only a 5% chance that the findings of association happened by coincidence or happenstance.   IOM as well as VA I would add then went out and in direct opposition to that Act created their own set of standards to achieve recommendation or service connection.  These standards are far and above what congress clearly stated and include correlation which then leads to some form of dose response as if they had some controlled pharmaceutical trial on-going.

Recent Example of nothing but hypocrisy:

The IOM and VA approved Ischemic Heart Disease (IHD) as associated.  Dioxin has never directly created IHD!  It creates the process that allows or creates IHD.  This dioxin created process is called arteriosclerotic vascular disease or arthrosclerosis or silent killer.  Actually the dioxin created damaging process goes back further than this in lipid issues and very possibly back to a dioxin damaged autonomic nervous system but for the sake of simplicity let’s leave it at arthrosclerosis.  Arthrosclerosis can have an effect anywhere in the blood system – therefore the association should have been the dioxin creating damaging process called arteriosclerotic vascular disease.   However, the scientists at the IOM are nothing but scientific cowards to come close to admitting that dioxin creates damaging processes which are far reaching and obviously as our Ranch Hand scientists concluded under oath are not intellectual free.

There then lies the difference between the IOM and the NIEHS.  NIEHS would have no reservations about concluding the dioxin damaging process and its impacts in plausibility and not just a single outcome of many potential outcomes including brain damages.

I would also add that these same types of committee hearings heard the following in March of 2000 under oath:

Veterans were not being given a fair assessment of their health status in Birth Defects, Cancers, Heart Disease, Vascular Disease, Neurological Ailments, Endocrine Disturbances and Hematological difficulties.

Of course the Congressional Committee did nothing to stop this atrocity and fraud against the Nation’s Finest.

No this does not sound like some benign hearing when the product supplier who has historically for decades now lied about their product and even hidden their own concerns from their customers as well as the citizens of this country and abroad are the ones involved and the catalysis for the hearing.

How come they can get a hearing and Veterans that will tell the truth cannot?  Maybe campaign dollars is the answer?

This sounds like a Congressional Assassination of our front line defense against environmental cancer creating agents as well as immune system modifiers by those who think the bottom line dollar versus minimum loss of life is some kind of trade off.

I would guess as long as the Congressional Membership get their fair share of the bottom line dollar in campaign coffers then they also agree with this just a few dead or disabled is OK.

I support the facts and empirical data that come out of the NIEHS to include the biological plausibility of many of the toxic chemicals.  Data and facts do not lie.

Only when our government controls that data and facts or agency does the American public get nothing but lies and misstated facts.

I would recommend further support as well as increased funding for the NIEHS as long as the federal government, including congressional members, keeps their hands off and allows the Institute the intellectual and scientific freedom to do their only job – The Protection of the United States Citizen and our Environment.