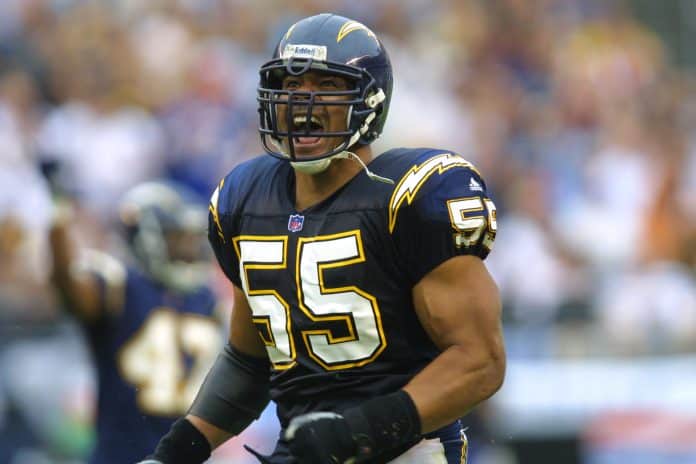 Like our U.S. Military Veterans, it is certainly possible that Seau suffered from a similar affliction that causes U.S. Soldiers and Veterans to terminate their lives.

I am NOT saying I am a doctor. I am NOT. I am just a fellow warrior who played in the war game for too long only to luckily get out just in time to save my sanity from the bowels of despair that is suicide. 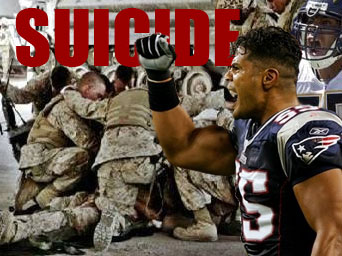 Some in the NFL call it “having trouble leaving the game behind”. They’ve been doing it so long; since they were kids, that they really do not know another way, another life. It’s who they became and when it’s over they are lost.

Was Seau lost? Are some of our Veterans lost?

A few years back, he drove his car off a cliff in San Diego. At the time, he said it was an accident. But he was all alone. The signs were there. Much like the signs are there for our real-life warriors who come back from horrific war when, suddenly, they are discharged and back to civilian life not knowing what to do or how to act. They are lost too. And if one is brave enough to look, the signs are there.

So if you have a loved one in the military or a Veteran and you see the signs, get help NOW! Don’t wait.

Warriors need hugs and support. Give all you can. They need support and some real help to make the transition into the civilian world where NOT everything is a war event.