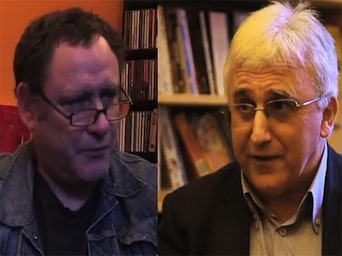 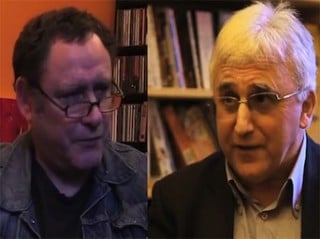 When I met Paul Eisen back in 2001, he was the most respected Palestinian solidarity activist in Britain. At the time Eisen was the UK director of Deir Yassin Remembered (DYR) – an organization which memorialises the seminal massacre of the Palestinian villagers of Deir Yassin.

But, in the proximity of Deir Yassin to the Jewish Holocaust memorial at Yad Vashem, DYR and Eisen found meaning. Jewish suffering was now firmly on the agenda and then the inevitable happened. Possessing of a sharp intellect and an incurably inquisitive disposition, Eisen crossed red lines. First, he questioned the extent and the role of ‘Jewish Power’ in politics, daily life and its significant impact on the Palestinian solidarity discourse. Needless to say, this did not add much to Eisen’s popularity within the Jewish community in general and Jewish Left in particular. From 2004 onward, Eisen was subject to some vile Jewish campaigns led, as ever, by the so called Jewish ‘anti’ Zionists – a small community of noisy tribally driven gatekeepers, interested mainly in the maintenance of Jewish hegemony within the Left discourse and the Palestinian solidarity movement.

But Eisen didn’t surrender to pressure. A compulsive truth-seeker, he embarked on even more complex and contentious research. In 2005 he published ‘The Holocaust Wars’, a very courageous paper that attempted to grasp the Holocaust Revisionist argument from a compassionate perspective. In this paper Eisen adopted a humanist approach towards Holocaust history – Revisionism in general and the person of Ernest Zundel in particular. Though the paper didn’t take sides and aimed at presenting a genuine portrait of the debate, there was little chance of Eisen to surviving the battle to follow.

The publication of ‘The Holocaust Wars’ seemed at the time to be the end of Eisen’s solidarity career. Realising the danger facing Jewish tribal politics of any attempt to question Jewish suffering or even attempting to equate Palestinian with Jewish suffering, Eisen was abused on every possible Jewish outlet and beyond.

By then I had known Eisen for a few years and appreciated his kindness, honesty and genuine intellectual integrity. Obviously, I stood up for Paul Eisen and his clear right to express his thoughts. In fact, it was my support of Eisen that made me into a target of a very similar smear campaign.

However, unlike Eisen and many other great intellects in our movement who are abused by the intolerant Jewish ‘Left’ and its collaborators, I actually fought back. After all, I was brought up as an Israeli so I couldn’t possibly give in without a fight. In fact, unlike Eisen, I learned to enjoy the tribal abuse. I stood and let Alan Dershowitz, Tony Greenstein and Sarah Kershanr celebrate their symptoms. When Ali Abumina decided to join Abe Foxman and Dershowitz, I welcomed this manoeuvre as well. After all, we are dealing here with a bunch of devoted book burners, should we not allow them expose themselves?

I guess that the success of ‘The Wandering Who’ brought back hope to many hearts who have now found the wherewithal to fight back.  I was most encouraged to see Paul Eisen re-launch DYR in the UK after five years of relative silence – and I was very impressed indeed by the support of the UK Palestinian community and the Palestinian delegation.

So here is myself in conversation with Paul. We spoke about everything (almost). The Nakba, Jewish Power, the Holocaust, Revisionism, denial. And so we should. Freedom of thought and expression is the true remedy to our contemporary malaise. Let every voice be heard.