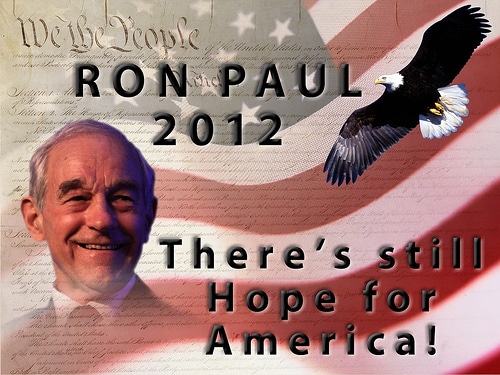 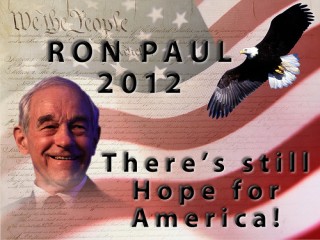 Did you honestly think the Ron Paul revolution would be televised? Here’s a check on reality as to who is really the #1 presidential nominee for 2012.
Whilst the supposed front runner Romney barely gets over 100 people to a rally, Gingrich and Santorum after talking to empty rooms of 30 people, one man has been pulling in the masses. That man is Ron Paul.Ron Paul is the only one in polls who can and would beat Obama, the NWO puppet.

His message of individual liberty and freedom to all is growing a worldwide following.
People are taking heed to the liberty movement as Ron Paul and others expose the criminality of our governments and institutions that have enslaved us for so long.

He has the #1 support from not only the troops who no longer wish to be at war, he also has the support of the youth. The intellectual revolution has begun…

SOURCE: HANG THE BANKERS
ATTENTION READERS
Due to the nature of independent content, VT cannot guarantee content validity.
We ask you to Read Our Content Policy so a clear comprehension of VT's independent non-censored media is understood and given its proper place in the world of news, opinion and media.