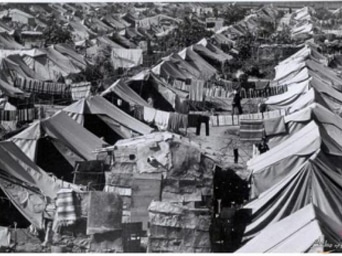 As Ilan Pappe has said, most Israeli Jews have no idea of what they did to the Palestinians in 1948. (He also said that those who do know don’t think that what was done was wrong). But that’s only the tip of an iceberg of ignorance.

Because of the mainstream media’s complicity in Zionism’s suppression of the truth of history as it relates to the making and sustaining of the conflict in and over Palestine that became Israel, most Americans and Europeans of all faiths and none have no idea of the enormity of Zionism’s crimes.

The Arabic word for what happened in the months before and after Israel’s unilateral declaration of independence on 14 May 1948 is Nakba, meaning catastrophe. That’s a one word description of the fact that upwards of 700,000 Palestinian Arabs were dispossessed of their land, their homes and their rights, but complete understanding requires knowledge of something else. Nakba was not simply an event in history. It is a process of ethnic cleansing, a process that has been on-going for 64 years to date and is continuing.

A timely reminder of this fact was contained in an article for the web site This Week in Palestine by Ibrahim Matar, an economist writing from Jerusalem.

He opened his piece by quoting a statement made by Ra’anan Weitz, the director of the Jewish Agency’s Settlement Department in 1948. “I ploughed Palestine into earth by ordering the demolition of 300 abandoned Palestinian villages from the Negev to the Galilee.” (The quotation was from an interview Weitz gave to the Jerusalem Post published on 7 March 1997).

Matar ended his piece with these words of his own:

“The bottom line to the tragedy of the Palestinians is that the Catastrophe of 1948 is still going on, as Jewish colonisation of the West Bank continues to expand. The objectives of the Jews have not changed since the early part of the twentieth century. Their motto continues to be ‘dunum after dunum of land’ for the exclusive use of Jews. 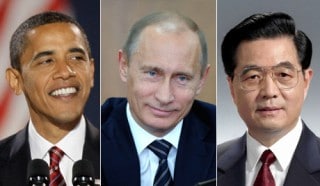 The Jews claim that the Palestinians wish to destroy Israel. The fact is that the Jews have already literally destroyed Palestine, and in front of the watchful eyes of the world community represented by the Quartet, they continue with their policies and practices to complete the liquidation of the Palestinian presence in historical Palestine.”

Question: Is completion of the liquidation of the Palestinian presence in historical Palestine really Zionism’s mission?

I believe the answer is “Yes”, and that unless the major powers led by America summon up the will to call and hold Zionism’s monster child to account for its crimes, there will be a final ethnic cleansing of Palestine at some point in a foreseeable future.

I also believe that Matar should be more precise with his language. His use of “the Jews” implies that all Jews everywhere are responsible for Zionism’s crimes. That is not so, but… If the rising global tide of anti-Israelism is not to be transformed into anti-Semitism, making another great turning against Jews everywhere inevitable at some point, the Jews of the world must play their necessary part in containing and confronting Zionism. As I never tire of pointing out, silence is not the way to refute and demolish a charge of complicity in Zionism’s crimes.