Home Economy See, I Told You So! 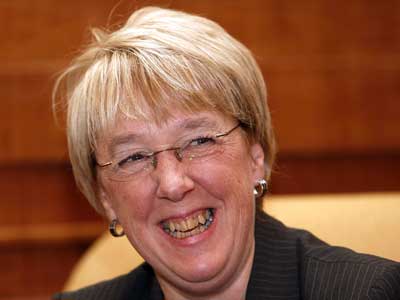 Last year in the heat of the government budget debate once again our government wimped-out.  For over 1000 days (that’s 3+ years for those who believe we are in good hands in Washington) that the Congress sheepishly avoided passing an annual budget despite the fact that the Democrats controlled both houses of congress and the Presidency. Yet, to be sure, our elected leaders are always first in line to get their paycheck and collect their benefits!

Instead of conducting business as they are duty-bound to do…pass an annual budget is at the top of the list…our fearless leaders opted to pass a budget resolution to continue funding the government on a piece-meal basis, however, this time there was such battle that to keep from shutting down the Washington charade, they reached a compromise.  It called for establishing a “Super Committee”  of Senators and Representatives to take action in the coming months to get a handle on the budget and come up with the necessary cuts to please Congress and the electorate. I’ll wager that 99% of the people forgot about that little deal that let our government pull the wool over our eyes once again.

But such happenings do have consequences and even if the people forgot the “deal”, the day of reckoning is upon us. When such a compromise was reached, I pointed out how stupid the idea was and that it would be a cold day in hell before 12 wealth elected officials would ever be able to figure  out what to do with our runaway government party train…I was right! So now the “budget cuts” are back in the news, and guess who’s complaining the loudest? Yup…the Department of Defense and the legislators that are in the hip pocket of the Pentagon.

Uncertainty continued about what the fallout will be from the failure of the congressional “super committee” to forge a deficit reduction deal. It comes as no surprise that the 12-person debt panel charged with finding  $1.2 trillion in deficit savings over the next 10 years  failed in its mandate.  Its members’ inability to reach a compromise has triggered an automatic $600 billion in defense cuts (set to begin in 2013).  Just the make-up of the super committee sheds light on some troubling trends in Congress that explains its failure. Had Vegas been offering odds on this lame-brain idea being successful, I would be rich today.

Already Obama and the others inside the Beltway are looking for excuses and of course, a “work-around” so the automatic “trigger” to make $1.2 billion in across the board cuts won’t have to be made…typical of how the US has gotten itself into such a fiscal mess. The Defense Department Budget is facing the big hickey and that isn’t surprising as only one of the Super Committee has ever spent time in uniform (Sen. John Kerry), and I know how many veterans feel about that choice.

All in all, the committee was in way over its head given the task of budget cutting our nation’s military spending…Senator Patty Murray (D-Wash.), the Chairwoman of the Senate Committee on Veterans Affairs, never served in uniform; Rob Portman (R-Ohio), another non-veteran, is a member of the Senate Armed Services Committee and the Senate Committee on Homeland Security and Government Affairs; Congressman Buck McKeon (R-California) is the Chairman of the House Armed Services Committee; and on and on. Does the old adage, “Too many chiefs and not enough Indians” ring a bell?

Perhaps the fact that veterans were poorly represented on the panel of “experts” was simply a mistake, but then again, we have a Congress made up mainly of those who have never served, hence the willingness to “pull the trigger” so nonchalantly when military action is considered. I think it’s a pitiful when a handful of lawmakers let politics dictate inaction, causing $600 billion in across-the-board spending cuts to an institution most of them have never served and therefore can’t possibly fully understand. They would have little or no idea what $600 billion in cuts would do to veterans’ medical benefits; retirement benefits; the size of ground forces; new weapons purchases; and the nuclear arsenal to name a few.  For those who wear the un