Home Veterans The Queen Stands for Duty and Justice. But Do Her Ministers? 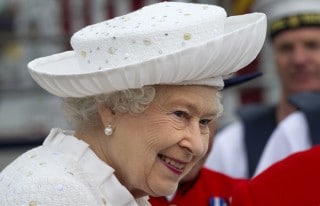 Who on earth gave Her Majesty’s ministers, and the 80 percent of the Conservative Party who are adoring Friends of Israel, permission to associate Britain with such hooligans?

The Queen’s Jubilee generated a week of intensely loyal outpourings and a feast of pageantry.

It doesn’t matter. Deep down the British people for the most part love the way this elderly lady has performed over the last 60 years, with such unstinting care to duty.

But I doubt if popular affection extends to Her Majesty’s Government. Especially not to those of Her Majesty’s ministers who seem more admiring of rogue regimes abroad than the motherland here… “this fortress built by Nature for herself against infection and the hand of war”. 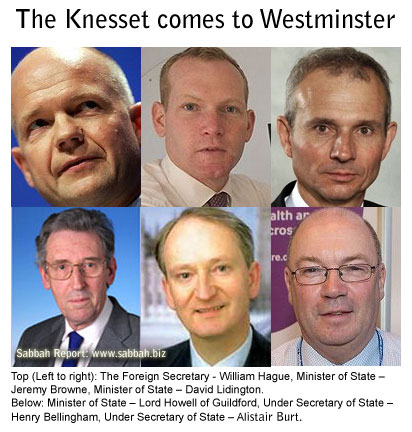 Addressing an Israeli university audience a few months ago our Foreign Office minister for the Middle East, Alistair Burt, said: “The world needs Israel’s values, of tolerance and justice… So be in no doubt, as we enter the turbulent waters of 2012 that your values are our values, your strength is our strength, your well-being is our well-being.”

It was straight out of Tel Aviv’s propaganda training manual. What possesses a minister in the Queen’s Government to utter such cringe-making claptrap then post it on the Foreign & Commonwealth Office’s website?

Burt went on: “In 2012, we will step up our efforts to stop the Iranian attempt to acquire nuclear weapons. The UK is a leading force in the international campaign to stop the Iranian regime acquiring a nuclear weapon – and arresting a progress which is clearly not intended for purely peaceful purposes.   We work closely with Israel on this issue, and it is an extremely important aspect of our bilateral relationship… We share Israel’s determination to prevent Iranian proliferation.”

But where is his appetite to curb Israeli nuclear proliferation? While Iran has no nuclear weapons at all, Israel’s arsenal of 200 to 400 warheads is obviously not for peaceful purposes and has long been the cause of aggravation in the region and beyond. As a consequence many feel Israel poses the biggest threat to world peace.

Neither Mr Burt nor his boss, foreign secretary William Hague, seems to have grasped that Israel hasn’t signed the Nuclear non-Proliferation Treaty, Iran has. Let us recap…

Pursuing its present line puts Britain on the wrong side of the law and exposes her people to the sort of retaliation such bully-boy tactics are likely to provoke.

In case her Majesty’s ministers are still in a fog about what’s what, this simple guide to Iran’s nuclear activities http://www.david-morrison.org.uk/iran/iran-some-facts-extended-PANA-web.pdf might be of help. 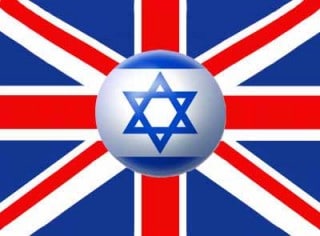 Israel is a rogue state, which is contemptuous of its obligations and defiant of international law. Consider its crime-sheet.

It has been in military occupation of another people’s country – the West Bank, including East Jerusalem, Gaza and the Syrian Golan Heights – for 45 years.

After Israel annexed East Jerusalem in 1967 the Security Council passed resolution 252 requiring the annexation to be reversed. Israel’s repeated failure to comply resulted in further resolutions demanding the same, all ignored.

UN members, including Israel, are obliged under Article 25 of the UN Charter “to accept and carry out the decisions of the Security Council”, the UN’s highest body.

45 years of the military jackboot is bad enough but it is actually 64 years since Israelis pretended to accept the UN Partition and instead went on the rampage terrorizing and ethnically cleansing Palestinians at gunpoint in order to expand their already generous land allocation. The process continues to this day.

Israel has deposited more than 500,000 Jewish “settlers” on the territory it illegally occupies with the intention of making the occupation permanent.

Israel makes a regular habit of violating Security Council resolutions, being in breach of over 30 that require corrective action by Israel, dating back to 1967.

Article 49 bans an Occupying Power from transferring its own civilian population into territory it occupies, yet Israel, far from removing the 500,000 squatters it has relocated there, continues to add to them.  The Security Council’s resolution 446 of 1979 demanded that transfers ceased and the squatters were removed. Israel’s failure to comply resulted in further resolutions – 452 (1979) and 465 (1980). Israel has ignored them all.

Clinton. Obama, Hague, Cameron and the rest of Israel’s chums need to understand how ridiculous they look piling the pressure onto Iran regarding some imaginary future threat without first insisting Israel places its unsupervised nuclear activities, which constitute a real and present menace, under international safeguards. How can the European Union sensibly call on Iran to “engage seriously” in nuclear negotiations unless they prevail on Israel to do the same?

As for Israel’s claim to be democracy’s only champion in the Middle East, let’s remember that for 45 years Palestinians in the Occupied Territories have lived under Israeli military dictatorship. They have been denied democratic rights. Israel’s record is therefore one of contempt for democracy rather than commitment to it.

Who on earth gave Her Majesty’s ministers, and the 80 percent of the Conservative Party who are adoring Friends of Israel, permission to associate Britain with such hooligans? 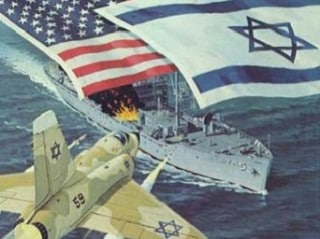 This week is the 45th anniversary of Israel’s air-strikes on the American intelligence ship USS Liberty in international waters off the Sinai Peninsular – a “day of infamy” if ever there was one.

The vessel, flying the American flag, was then torpedoed and attacked again by Israeli gunboats. 34 US seamen were killed and 171 wounded.

A rescue mission by a US Sixth Fleet carrier was scandalously aborted by the White House, and attempts by Liberty’s survivors afterwards to raise the issue in the media or at any other level were squashed.

Have we forgotten how Israel will even knife its best friends in the back?