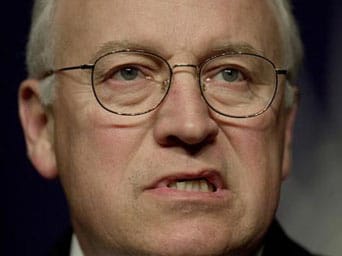 Cheney, Heart Transplants for War Criminals But Not Working Americans

Last week, while looking into the Supreme Court decision on “Obamacare,” I stumbled onto some startling information.  Everything we think we know about insurance and medical care is a lie, all that stands between you and being murdered by a bankster is a doctor who may or may not choose to save your life, even if he or she has to break the rules.

These rules exist by the millions, rules by hospitals, by insurance companies, by the VA, by Medicare and Medicaid, all of them deny care, deny drugs, deny lifesaving procedures and the rationale is generally based on “not being former Vice President Dick Cheney” who is wanted for war crimes in dozens of countries.

Imagine the hospital team that had to decide who got the new heart beating in Cheney’s chest.  Do we give it to a young mechanic or a man whose heart failed 40 years ago, someone who has caused death and destruction for decades, a man who can’t travel because he faces arrest and execution at the hands of any genuinely free nation on earth.

This is a man accused, very rightly so, of starting wars, ordering killings, responsible for the slaughter of over a million people, the death of thousands of servicemen, the tens of thousands of suicides (numbers no longer reported are that high), the disability of half a million or more and the collapse of the world economy.

He didn’t do it by himself but is considered, with people like Dick Rumsfeld, Henry Kissinger and George W Bush behind him, part of the biggest criminal cabal in world history.  Sometimes I think TV is filled with shows about Hitler and the Third Reich only so Cheney’s face won’t be there whenever the term “mass murder” is mentioned.

As the rules stand now, war criminals come out on top every time, they get the heart, they get the experimental artificial heart no one else could have, they get flown around in helicopters, they have Secret Service escorts when, in truth, the majority of people in the world are wondering why he hasn’t been hanged already.

Cheney is just one of the inequities.

The big thing is that, for many decades now, health care has been rationed out.  First of all, fewer and fewer employers in the US have comprehensive health care insurance.  Only members of unions have insurance, though not like in the past.  Currently 10% of public workers and 7% of private workers in the United States belong to trade unions.

All others covered workers, estimated at another 14%, have limited plans that deny things like transplants, exotic cancer treatments and newer medications which are, in most cases, more effective than those insurance companies authorize.

Let’s get those numbers straight.  It isn’t 60% that are insured but closer to 8% with “full insurance” while the total with full and partial coverage comes to around 24%.  In addition to this, 31% of the population, giving us that other figure, has limited coverage through Tricare, ChampVA, Veterans Health Clinics, Medicare and Medicaid.

Among these, those on VA coverage and Medicaid receive the lowest standard of care, comparable to that of the uninsured.

In a recent study by Harvard Medical School, patients suffering with strokes or heart attacks who have no insurance, but who go to the hospital, and many don’t, stand a 50% higher chance of dying.

Figures for Medicaid were omitted from the study.  We wonder why.

Veterans wait as long as one to two years for some common procedures and even those few who qualify for full coverage, totally disabled vets and former POWs, received limited care, few medications available, waits to see specialists for up to 2 years and waits for common procedures of up to 15 years.

Most of these individuals were not covered until after an average of 12 years of processing, the Veterans who applied for disability compensation, and others are expected to pay for services at low market costs and are pushed into bankruptcy just as with private patients.

40% of bankruptcies in the US are caused by medical bills, 50 percent of those by patients choosing to pay “out of pocket” for life saving care that was denied by their insurance carrier as “experimental” or “off list.”

Then we have the invisible uninsured, those who don’t hang out at Social Services or Welfare offices, people who have worked and had their jobs outsourced to Asian sweatshops, this is millions of Americans now, people who own homes, or used to, who have families, who have always worked, some for very high wages, who realize the truth.  Either stay well or die, this is the real choice they have and this is how you hear them talk.

Their children never get glasses, never see a dentist, they never get preventative care and many who are in this position were, only a year or two before, owners of large suburban homes, had 2 or more cars, vacation homes, boats, took cruises, then, with the Bush collapse, they were the first to go.  They are America’s “new poor.”

First the job hunts and living off credit cards, then the minimum wage jobs and eventually half of those disappeared.  A PhD doesn’t guarantee the ability to work at MacDonalds making burgers and fries in most of America.

At one time, when collapse came, you could move, California, Florida or to Houston to work in the “oil patch.”  California of today is broke, Florida is broke, overcrowded and barely American anyway and the oil business has been moved, to a large extent, offshore.

What we have left is the bastard child, Obamacare.  Question is, did he want this program, the one that carries his name, or is this the compromise he settled for that would allow GOP controlled banksters and insurance fraudsters to force Americans to buy insurance in a trade off to save the lives, save the sight, save the teeth of a generation of American children, in this case, the remnants of what America used to have for a middle class.

Is Obamacare good?  No, it is too much of a compromise, living proof that many Democrats, called “Blue Dogs” can be bought just as easy as the scamster Republicans.

What is the real answer?  It is simple, we build an efficient system that makes treatment available equally to Dick Cheney or your own child so that you don’t have to watch your small child wither and die because he isn’t drowning in money made by killing thousands, rigging defense bids or ordering assassinations.

You think Americans take care of their own?  Do you own a car?  Do you think the people lining our streets claiming to be veterans starving to death are all lying?

It is 95 degrees here in Ohio.  Skin art, known as the tattoo, is something I recognize.  When the “sign holder” has a bulldog or “screaming eagle” on one of the arms that says, “Family Starving, Will Work for Food” I take him seriously.

I know he has been to see a bureaucrat or been to the local Veterans Service Commission, our local one seems to have misplaced $7 million in funds over the past few  years.

Want to go to a veterans organization?   Need a drink, want to gamble, that’s their business, that and spending millions in dues fighting court battles over religious issues, memorial crosses placed on highways, left under bridges, each one brings out lawyers willing to spend enough to send a thousand children to college to fight for months over idiocy.

We have thousands of nurses in America now unemployed, a great secret.  We close and tear down hospitals all the time.

Drugs cost about 3% of what we sell them for.

There is no reason for private insurance, it is only another term for Wall Street Bankster.  They do nothing positive, nothing but kill Americans.

The worst union in the US is the doctors union.

Every new system set up breeds a new group of crooks who manage to steal it dry.  The only answer is full Socialized Medicine or Single Payer with community health centers, full accountability for those who don’t take care of themselves and a rope to hang those who steal from the people.

China uses a bullet in the back of the head, I can live with that method too.

Our next step is ending imports, leaving the Federal Reserve System, bringing our troops back home, closing our borders, ending drug use, returning all news and entertainment to real people, not NWO outfits and letting Americans get back to what they are supposed to be doing, working, getting paid for it and getting a fair shake in the process.