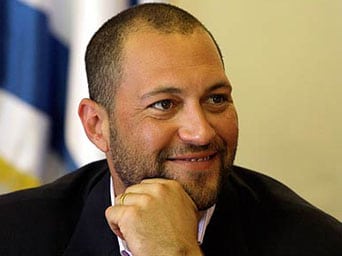 The strange disappearance of Guma L. Aguiar of Fort Lauderdale, Florida, sounds very much like a modern-day Huck Finn escape, which is actually a ploy frequently used by Israeli criminals.  The Israeli gangsters don’t really die, they just take on a new life in Israel.  Since there is no evidence that Guam Aguiar is dead, he should be considered a missing person, one who is probably living in Israel.

Guma Aguiar actually lived in Israel much of the time and owns a home there.

“Without a trace: the strange disappearing act of Guma Aguiar” is the title of a June 30 Miami Herald article, which described Aguiar’s disappearance:

On June 19, Aguiar, 35 — anguished over his tenuous marriage, locked in a vicious court battle with his uncle and struggling to hold onto his sanity — vanished.
He took his 31-foot fishing boat out to sea from Port Everglades in choppy seas and inclement weather. More than five hours later, the boat ran aground on Fort Lauderdale beach. Its engine was running, its lights were on, but no one was aboard.
It’s not clear whether Aguiar was swallowed by the sea, staged his disappearance, was kidnapped or murdered.

In an article on the legal wrangling between Aguiar’s wife and his mother over his estimated $100 million estate in south Florida, the Daily Mail (UK) reported:

Thirty-five-year old Guma Aguiar’s body has so far not been recovered, nor is there any evidence that he is deceased.
Jamie Aquiar’s attorney even suggested in court that her husband could have staged his own disappearance to escape his financial, marital and legal problems.

While the controlled “mainstream” media focus on the legal battles for his estate and Aguiar’s “demons”, referring to his bi-polar disorder, they completely leave out a very important component about Guma Aguiar’s family:  His high-level connection to Israeli intelligence through his uncle and business partner.

Guma Aguiar made his money, hundreds of millions of dollars, with his uncle Thomas S. Kaplan when they sold their 50 percent interest (Leor Energy) in a large gas field in Texas for some $2.5 billion.  Thomas Kaplan is the brother of Aguiar’s mother, Emma Kaplan Aguiar.  Thomas Kaplan’s wife and business partner is Dafna (or Dafne, Daphne) Recanati, the daughter of the notorious Israeli millionaire Leon Recanati.  The failure by the mainstream media to point out the Recanati connection to the missing Jewish millionaire is surely intentional.  The Recanati family is one of the wealthiest families in Israel and owns a global shipping company known as OSG. Getting Guma Aguiar onto an OSG ship or an Israeli vessel off the coast of Florida would not be difficult for someone with family ties to the Recanatis.  The Recanati family is a well-funded arm of Israeli intelligence.

Leon Recanati is well-known to be one of Israel’s tycoons, deeply involved for decades in one of Israel’s most corrupt banks, the Israel Discount Bank (IDB).  Recanati is also a Major (reserves) in the Intelligence Corps of the Israeli military.  From 1986 until 2003, Recanati ran IDB Holdings.  The IDB has a long record of money laundering and is closely tied to the Madoff scam and other major financial crimes committed in the United States.  Recanati is closely connected to the Crown family of Chicago, owners of General Dynamics and generous sponsors of both Barak Obama and Mitt Romney.
Charles H. Goodman, for example, Vice President of Henry Crown and Company from 1973 to 2002 and Vice Chairman of Henry Crown and Company since 2002 has been a Director of General Dynamics Corp. since 1991. Goodman is also the Chairman of the Leon Recanati School of Business at Tel Aviv University.

Guma Aguiar has invested millions of dollars in Zionist organizations and Israeli football clubs, including Betar (the Likud club) and publicly expressed the desire to live permanently in Israel.  He had even given some $8 million to an Israeli organization called Nefesh B’Nefesh whose primary mission is to get Jews from the United States and western nations to migrate to Israel.  He reportedly lived in Israel more than half the year and had lived in Israel for three years in a row in the past decade.  Until evidence of Aguiar’s death is presented, it should be considered very likely that he is still alive, and living in Israel.