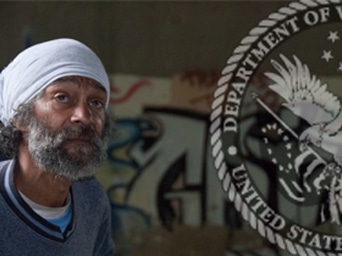 WASHINGTON, July 17, 2012 – The U.S. Department of Veterans Affairs is awarding nearly $100 million in grants that will help approximately 42,000 homeless and at-risk veterans and their families, Secretary of Veterans Affairs Eric K. Shinseki announced.

The grants are going to 151 community agencies in 49 states, the District of Columbia and Puerto Rico, according to a VA news release.

“We are committed to ending veteran homelessness in America,” Shinseki stated in the release. “These grants will help VA and community organizations reach out and prevent at-risk veterans from losing their homes.”

Under the Supportive Services for Veteran Families program, VA is awarding grants to private nonprofit organizations and consumer cooperatives that provide services to very low -income veteran families living in — or transitioning to — permanent housing, according to the VA release. Those community organizations provide a range of services that promote housing stability among eligible very low-income veteran families.

Under the grants, providers will offer veterans and their families outreach, case management, assistance in obtaining VA benefits and in getting other public benefits, the release said. Community-based groups can offer temporary financial assistance on behalf of veterans for rent and utility payments as well as security deposits and moving costs.

This is the program’s second year. Last year, VA provided about $60 million to assist 22,000 veterans andfamilies.

In 2009, President Barack Obama and Shinseki announced the federal government’s goal to end veteran homelessness by 2015 and the grants are intended to help accomplish that. According to the 2011 Annual Homelessness Assessment Report to Congress, homelessness among veterans has declined 12 percent since January 2010.

In fiscal year 2011, VA committed $800 million to strengthen programs that prevent and end homelessness among veterans, according to the release. VA provides a range of services to homeless veterans, including health care, housing, job training, and education.