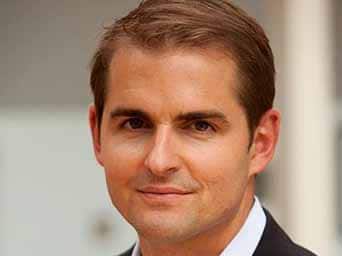 Missouri Native to Head Office of Public and Intergovernmental Affairs

WASHINGTON (August, 20, 2012) – Tommy Sowers, a Missouri native and Army Special Forces combat Veteran, was sworn in today to oversee the public affairs office and other vital programs for the Department of Veterans Affairs.

“Tommy Sowers brings to VA a boots-on-the-ground approach to problem-solving combining his experience from the private sector, non-profit, military and academia,” said Secretary of Veterans Affairs Eric K. Shinseki. “We’re lucky to have him on our team to help advocate for our Nation’s Veterans.”

Sowers, 36, led a combat engineering team in the Kosovo campaign and served two tours in Iraq as a U.S. Army Green Beret. He left active duty as a major after 11 years in uniform.

A native of Rolla, Mo., he taught three years at the U.S. Military Academy at West Point and received a doctorate in government from the London School of Economics. In 2010, he was a candidate for Congress from Missouri. He later served as senior advisor to the Iraq and Afghanistan Veterans of America and as a management consultant at McKinsey & Company.

In his new duties as a VA assistant secretary, Sowers will oversee a staff of about 100 professionals. His responsibilities will extend from public affairs, media relations and intergovernmental affairs to tribal relations, homeless programs, outreach, consumer affairs and six national rehabilitative events, including the National Veterans Wheelchair Games.