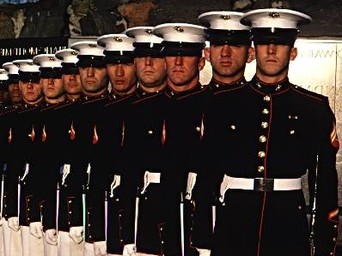 [Note: By secret I of course mean the public has no idea that this has been going on.]

Calls Coming into the Rutherford Institute Reveal a Pattern of Abuse

” Buckle Up – This is going to be an Interesting Ride.” …Glenn Beck, closing remarks with The Rutherford Institute Director, John Whitehead

The Brandon Raub case began going nationwide today when the dust has not even settled on the Government’s involuntary commitment case being shot down in flames by Prince George County Circuit Court Judge Allan Sharrett, who threw the whole thing out as being totally groundless.

By this strange quirk of fate it is beginning to look like this veteran’s case has exposed a coordinated program out of the Department of Homeland Security.

The goal is  to build case file statistics of veterans being committed for mental evaluation to punish them for their political views toward the government.

These files can then be used to build a trumped up case for closer permanent monitoring of combat veterans. Are you getting the picture of who they are trying to intimidate?

Yesterday I had booked my first radio show on the controversy with Mike Harris this morning on the Republic Broadcast Network. I wanted to get some pre-weekend heartland feedback on the misconduct by Federal and Virginia authorities on Brandon Raub .

As I expected, Americans were extremely upset with Brandon’s case, but even moreso after learning that this psyc ward rendition process was being used all over America as it skates around all the probable cause protections for a ‘normal arrest’ procedure.

Brandon told his attorney that while in the psyc ward a shrink told him he was going to brain wash him and force him to take medication. Welcome to the new America folks, where highly paid government officials have no oath of office problems in doing such things.

In yesterday’s article I had used the phrase, ‘I smell a rat here’. Well today we have penciled in the rat a bit more. Disloyal law enforcement and government officials have knitted together a process where they can rendition Americans they are unhappy with into psychiatric evaluation, a killer for their employment record, and a terror tactic against other veterans speaking out.

“If you are a 911 Truther, you are going to get investigated.”…John Whitehead, Rutherford Institute

No one here at VT is terrorized. We are going to route out everyone involved in this disgrace. They have dishonored the government they work for and the armed forces. There are official procedures available for conduct reviews and we learned today that the public support will be there to ‘encourage’ those administratively to do the right thing.

My best find for you today was this Glenn Beck interview with John Whitehead of the Rutherford Institute. John is a constitution lawyer who has been in these fights since the early 80’s, and lots of miles on his odometer.

For those of you who do not like what you see here this is what you can do. Call both your Senators and your Congressperson and ask them to help you get the copies of the reports on this incident filed by the FBI, Secret Service people, Chesterfield County police and others  involved.

Send them these story links to fill them in and save you time. Ask them what are the procedures for initiating a professional conduct review regarding the federal people involved.

And lastly, ask them what it would take to call for a special prosecutor to be appointed to dig down into Homeland Security and ferret out every last detail on how all of this psyc rendition stuff got started, who originated it, when, why, who gave the legal cover for it, the whole nine yards.

We need thousands and thousands of people all across the county getting this rolling next week so it cannot be swept under the rug. The Raub family’s pursuing civil litigation, that will run on for years. A lot of people can be put away during that time. We can’t wait for the outcome on that.

Our job is to get this stopped now, get the records cleared of all those abused, and the perpetrators punished accordingly for this abuse of power. Such people have no place in public service.

The first and second Brandon Raub articles are here.