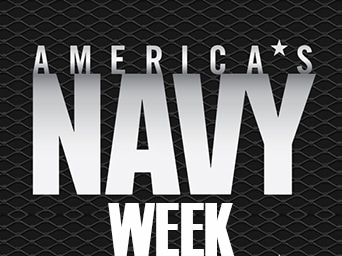 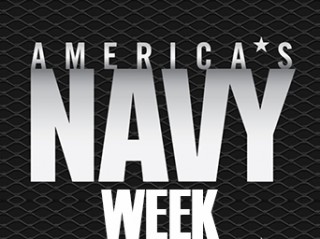 All this summer, the U.S. Navy has put on a multi-million dollar dog and pony show called “Navy Week” in 15 cities across the country.  Six stops on the Great Lakes featured guided missile frigates, coastal patrol boats and the historic brig “Niagara,” the ship Oliver Hazard Perry transferred to during the War of 1812’s Battle of Lake Erie (“Don’t Give Up the Ship”), when the “Lawrence” was blown out from under him.

Everywhere it went, the Navy’s p.r. machine reaped a bounty of benefits from the local news media which often turned Navy press releases directly into news copy.  Here in Toledo, Veterans For Peace (VFP) issued a written response to Navy claims and sent it to all news outlets, twice, plus several phone calls to the Toledo Blade’s city desk…to absolutely no avail.  Editors issued not a single critique to a week-long debauchery of military hardware and tall tales.

So VFP members became the media by distributing 1,000 copies of the statement to people standing in long lines waiting to tour the warships.  During the hour-plus wait in line, many were read and many conversations were sparked that would otherwise have languished.

Here is the statement:

Former Navy hospital corpsman and Past President of Veterans For Peace (VFP), Mike Ferner, responds to news coverage and promotional material from “Navy Week in Toledo.”  Ferner served as a corpsman from 1969-73, taking care of hundreds of troops at the Great Lakes Naval Hospital who were wounded in Vietnam and sailors aboard the aircraft carrier USS Hancock (CVA 19).

Each category below consists of a quote in italic from Navy material or the press and then Ferner’s response, made in the spirit of VFP’s mission to “Expose the true costs of war.”

Navy: “How does it feel and sound to stand aboard a Navy aircraft carrier while a fighter jet takes off? Or to be flying that jet? Find out in the Navy Simulator. Inside this mini-theater, you’ll see – and feel – what it’s like as you’re transported on typical Navy missions…it’s an inside look at everyday life for America’s Navy.” Navy Reserve promotional material)

VFP response: Young and old alike are captivated by the Navy’s costly aircraft carrier simulators, which always leave out any simulation of being wounded and lying helpless on a stretcher; or bedridden, unable to move a muscle for the rest of your life; or caught in the fiery hell of a rocket attack; or having your home and family destroyed by a carrier fighter jet; or hear the screams and smell the blood and death.  Navy simulators never include these realities but I have seen and heard them – not in a simulator but in real life.

The real, fundamental truth is this: what I saw and heard and smelled is the real purpose of the military – to use violence, suffering and death to enforce U.S. foreign policy.

That is true if you’re a gunner’s mate or play trumpet in the Navy band.  I enlisted as a hospital corpsman and thought I could spend my time in the Navy doing good.  That delusion was punctured on my first day in hospital corps school when I opened the training manual and read this unvarnished truth: “The purpose of the Naval Hospital Corps is to keep as many men at as many guns as many days as possible.”

VFP response: Tell that to the people of Iraq, Admiral!!

Statement: “Navy Week will draw about 10,000 people and generate $500,000, according to conservative estimates, said Richard Nachazel, president of Destination Toledo Inc., the area’s convention and visitor’s bureau.  The economic boon might reach all corners of the city, he said.” (Blade 8/16/12)

VFP response:  How often do we hear about the dollars Navy Week will bring to Toledo and how many times do we hear about the many dollars taken from just Toledo for wars in Iraq and Afghanistan since 2001?  That number never gets mentioned, so here it is: $1,287,745,000…and counting.

THE MYTH OF “FIGHTING FOR JUSTICE ‘NEATH THE BANNER OF LIBERTY”

Navy: “Where a child is hungry.  Where men have no home.  Where the powerless are yearning to breathe free.  May we fight for justice till there’s justice for all and become what God meant us to be.  I pledge my allegiance to the grand old flag and the promise of hope from sea to sea.  Under God one nation undivided we will stand, ‘neath the banner of liberty.” (“Navy Music Year in Review 2011”)

VFP response:  To fight for justice, to do good, to serve your country – those were indeed the reasons that motivated me to enlist and they continue to motivate young people today.  But look at our foreign policy record of invading nations for oil, to protect commercial interests, to expand the empire America has sadly become.  Ask veterans returning from Iraq and Afghanistan if they still feel they fought for “justice ‘neath the banner of liberty.”

The military has unlimited amounts of our tax dollars to peddle an attractive, sanitized, mostly untrue story.  The mission of Veterans For Peace is to expose the true costs of war.

VFP has over 130 chapters across the U.S., representing veterans from WWII through today’s wars and occupations in Iraq and Afghanistan.