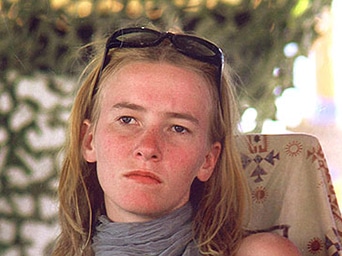 Judge Oded Gershon’s ruling earlier this week that the state of Israel is not to blame for the death of Rachel Corrie, came as no surprise. In fact it reaffirms everything we know about the Jewish state – its politics, legal system and spirit. Israel is surely a most peculiar state – it is impervious to ethical thinking and humanist thought. Accordingly, Judge Gershon gave this week a kosher stamp to a cold-blooded murder and by so doing, he proved, once again, that Israeli criminal actions are consistent with the most vile interpretations of Old Testament and Talmudic Goy-hating.

As one would predict, Judge Gershon, restricted himself to legalism and litigation as opposed to ethical thinking – he actually blamed Corrie for not ‘behaving reasonably’. Yet, one may wonder what is this ‘reason’ or more precisely, what does an Israeli mean when he or she refers to ‘reason’.

Rachel Corrie was bulldozed to death by an Israeli military D9 Caterpillar on 16 March 2003. She was part of ISM (International Solidarity Movement), a non-violent pro-Palestinian peace activist group. Being an American youngster, Corrie mistakenly believed that Israeli soldiers were humanly driven. Being a reasonable person she must have believed that an Israeli bulldozer driver would never drive over her body. She was wrong. Corrie clearly failed to grasp that Israeli ‘reasoning’ was lethally fuelled by psychosis and fantasies of destruction.

Corrie failed precisely where so many solidarity activists fail. Israel is no normal state. It is a state of one people only – and a people who believe themselves to be chosen. The meaning of this is both simple and devastating. The people of Israel believe that their lives and security is a cosmic asset that must be maintained at the expense of the rest of humanity. However, make no mistake, Israeli psychosis is consistent and even driven by reason, but this ‘reason’ is somewhat different to that of the rest of us. It is certainly far from being universal.

Rachel Corrie, on the other hand, is a universal symbol. She is the epitome of solidarity, empathic thinking and courage, but her tragic death is also a clear indication that something is fundamentally wrong with Israel. Rachel Corrie’s death makes it clear that it isn’t just the Israeli leadership or military elite who are blind to human life and moral conduct.  It isn’t just Netanyahu or Barak who are in a state of dismissal of human life.  We are dealing here with a murderous continuum; it is the leadership, the anonymous soldier, the bulldozer driver – and also Judge Gershon and the Israeli legal system.

Israel could have used Corrie’s family legal appeal to mend its ways. But Judge Gershon was actually honest enough to admit that the murder of Rachel Corrie was the ‘right thing to do’. It was her fault, she shouldn’t have been there in the first place, he said. Judge Gershon provided us this week with the true meaning of ‘Israeli reasoning’. The murder of Corrie was consistent with Israeli survival philosophy and with Israeli interpretation of Jewish statehood. This week, Judge Gershon left us with a kosher stamp for a cold-blooded murder.

The Wandering Who? A Study Of Jewish Identity Politics, Jewish political interest, Jewish Lobby and beyond..