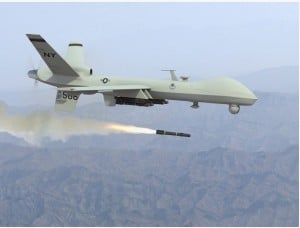 “Anomalous surge in assassinations of foreign friends, dressed in American BDU, by hostile hosts, clad in Afghan uniform, has catapulted an obscure milspeak green-on-blue, into the limelight of public attention.”

Unwilling to ‘embrace the suck’ and face the music head-on in Afghanistan, US top brass resorted to obfuscation operation and attempts to rebrand the term, loaded with negative publicity, into politically correct ‘insider attack’.

It’s not the first time the Pentagon spin doctors do this kind of shtick – they put exactly the same lipstick on PSYOPS and re-introduced it as MISO, military information support operations.

While for civilian imbeds and readers ‘insider attack’ looks like fool-proof shorthand for green-on-blue, back translated into military language, it has a totally different meaning: blue-on-blue, the notorious friendly fire.

With red-on-blue designated for enemy fire, the question is how to fire up the color code correctly for the ‘green’ – host nation’s indigenous security forces – when they shoot point blank at their ‘blue’ foreign friends?

Among several options available – host or partner fire, for example – the more appropriate for the media if not for the Pentagon, would be to consider unfriendly or outsider fire as generally accepted accurate shorthand for green-on-blue cases.

The Pentagon stance on unfriendly fire has come a tortuous way:  from initial dismissal as ‘isolated incidents’ to tacit acknowledgement of the problem, when it quietly commissioned a field study on this phenomenon in Afghanistan and even declassified its findings.

Then, somebody smart in the upper echelons of the Department of Defense accidentally perused green-on-blue report and, aghast at that time-bomb revelations & ramifications, pushed the panic button.

Small wonder, that in a CYA impulse, the top brass re-classified the Afghan field study   in a hurry and bought into Taliban propaganda claim that most if not all unfriendly fire attacks were perpetrated by mujahedin infiltrators.

When the irrefutable evidence – that the Taliban take in unfriendly fire is only about 10 % of  all documented incidents –  has finally oozed, the US Command in Afghanistan, in a last ditch attempt to forestall the looming investigation into the  root cause of the conspicuously covered up ‘the merest’  90%,  has resorted to diversionary tactics.

When green-on-blue media frenzy had hit the fan in earnest this August, General John Allen, the Commander of US & ISAF forces, sitting pretty in his Kabul office, decided to blow off steam via video news briefing at the Pentagon.

To defuse the potential charge in neglecting the 90% of unfriendly fire assassinations, which by virtue of being not related to Taliban factor, are the exclusive purview of US Command, the general suddenly ‘pleaded guilty’ on another two lesser evils:

It was a nice try, on both accounts:

Pentagon Perfumed Princes, responsible for the training & partnering of the American & Afghan forces, shirked the responsibility to anticipate and preempt ‘green-on-blue’ contagion in Operation Enduring Freedom.

And the ticket punchers have done all humanly possible to classify, obfuscate, sabotage & sugarcoat   the first comprehensive unfriendly fire After Action Report.