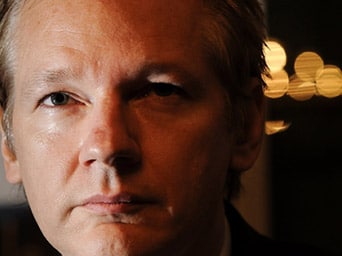 WORLD NEWS TOMORROW– WikiLeaks has been accused of crass self-centredness after it intimated that its founder Julian Assange’s current refuge inside the Ecuadorean embassy in London in part explained or even justified Wednesday’s attack on the US diplomatic mission in Benghazi which killed the ambassador, Chris Stevens, and three other Americans.A post on the official WikiLeaks Twitter feed, which is generally presumed to be operated by Assange, read: “By the US accepting the UK siege on the Ecuadorean embassy in London it gave tacit approval for attacks on embassies around the world.”

As a series of other Twitter users objected to the language – one early response read: “wikileaks you are losing supporters fast with comments like that.” – the initial tweet was deleted, though not before some Twitter users saved images of it.

Yet another tweet attempted to explain the change, arguing that people had misunderstood the initial tweet because of the use of the “rare” term tacit. It read: “We have deleted and rephrased a previous tweet with the word ‘tacit’ in it, since the word is rare and was being misinterpreted.”

Assange sought refuge in the London embassy in June so as to avoid extradition from the UK to Sweden, where he faces accusations of sexual misconduct. WikiLeaks supporters argue that Assange could then face further extradition to the US for trial over his role in publishing hundreds of thousands of leaked US government documents. Assange argues that in the US he could face the death penalty. The UK says he could not face extradition to America if execution were a possibility.

The matter remains at an impasse. The government of Ecuador has offered Assange permanent refuge in its country, but it remains unclear how he could get there. The embassy is guarded by a small number of UK police officers, something Twitter critics pointed out fell some way short of a “siege”.