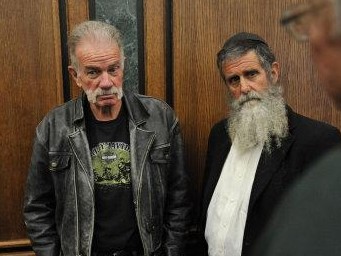 Who is  Orchestrating the Current Religious Upheaval…and Why?

The month of September has witnessed an accelerated trend of coordinated attempts in desecrating Islam and tarnishing the image of the Muslims across the globe.

That a blasphemous movie desecrating the person of the holy Prophet of Islam has been released in the United States simultaneously with the 9/11 tragic incident cannot be looked upon as sheer coincidence.

Director Tom Holland who is so dismally bereft of any knowledge on Islam claims there is little written contemporary evidence about the origin of Islam and the life of Prophet Mohammad (PBUH).

Even barely noted for his vampire and supernatural stories, Holland’s non-fiction books have nothing to do with religious matters or Islam.

In the documentary, he has included Patricia Crone, an infamous pseudo-scholar affiliated to the Institute for Advanced Study in Princeton who has intensely voiced her seasoned antagonism against Islam in the past.

In ‘Hagarism: The Making of the Islamic World’ which she coauthored with her associate Michael Cook, Crone fallaciously argues that the Holy Quran was composed, possibly in Syria or Iraq, more than fifty years after the Prophet’s death and ascribed to the Prophet.

Crone also says that the Holy Book was fabricated during the reign of Caliph Abdul Malik (685-705) in an attempt to legitimize an expanding empire. The authors refer to early Muslims as Hagarenes, the descendants of Prophet Abraham by Hagar in order to differentiate them from the Jews, who are the descendants of Abraham by Sarah.

These words which are basically tinged with blind bias and reek of insufficient and destructive knowledge about the glorious faith issue from the mouth of those who are fully aware of the vanity of their claim and who follow a financially rewarding agenda.

The documentary was faced with a deluge of criticism from the Muslim community and received over 1000 complaints with the channel and another 200 with the UK media regulator Ofcom.

By way of avoiding an investigation into the matter, an Ofcom spokesman has said, “We will assess them and if we believe there has been a possible breach of the broadcasting code, we would hold an investigation, but no decision to that effect has been taken.”

As a matter of fact, there are influential parties in the UK which are actively engaged in disseminating the seeds of antagonism against Islam. A representative group which is funded by the Zionist Jews and Christians in the UK is the English Defense League (EDL).

The group has over the recent years developed multiple sister branches in Europe and America. With their main agenda to foster enmity against the Muslim community in any part of the world, the EDL naturally spares no efforts in their hate-mongering campaign, defiling the name of Islam and inviting their members to crusade against the Muslims.

One of the wicked spawns of this pervert group is Norwegian Anders Behring Breivik who went on a shooting spree and killed 77 innocent people in 2011 in Norway. He reportedly had hundreds of EDL members as Facebook friends. The NDL or Norwegian Defense League is a sister organization of the EDL.

The two organizations are practically run and managed by one single person and the two follow the same policy. On a number of occasions, members of the NDL have traveled to the UK to receive training or instructions from the EDL.

In October 2010, American Rabbi Nachum Shifren, went to the UK where he was warmly received by the EDL members whom he described as “one group in England with moral courage.” In his hate speech, he spewed out the most loathsome words, and referred to the Muslims as dogs that “eat each other alive.”

He told EDL, “History will be recorded that on this day, read by our children for eternity, one group lit the spark to liberate us from the oppressors of our two governments and the leftist, fifth column, quisling press, and that it was the EDL which started the liberation of England from evil.”

It is manifest that these evil forces work hand in hand to spread hatred and stoke violence.

Also, firebrand American pastor Terry Jones who has long been making strenuous efforts to legitimize the burning of the Holy Quran and whose call to fight Islam has resulted in a number of deaths is closely connected with the EDL.

On September 11, Terry Jones had a live stream on the internet where he showed about a 13-minute promotional clip of the blasphemous film the ‘Innocence of Muslims’ which is purportedly directed by an American Jew called Sam Bacile, a real estate developer, who claims he has received USD 5 million from 100 Jews for making the film.

Though the real identity of the director has remained unknown, there are good reasons to believe that such a person does not exist and that the film may have been made by the pastor himself as it is devoid of any cinematic technicality and that those involved in the film are a bunch of paid hate-mongers in service of Zionism.

No wonder, Terry Jones so passionately defends the film and has brought it to the attention of international community.

In the meantime, western mainstream media try to deceive public opinion and interpret the making of the film in the light of freedom of speech.

Hurting the sentiments of over one billion Muslims across the world does not fit in the definition of freedom of speech. In fact, it is an affront not only to all the Muslims but also to believers of all faiths and religions.

Spearheaded by calculated directives, Terry Jones is not a lunatic in the common sense of the word. Nor is he a sociopath. In fact, he is a trained Mossad agent tasked with pushing ahead a dangerous agenda in the Muslim world.

In 2011, he burned copies of the Holy Qur’an and posted the video on the internet which provoked a very strong reaction, leading to the death of nine people.

Is there not a sinister across-the-board plan in the offing?