Home Government The Meaning of Altruism 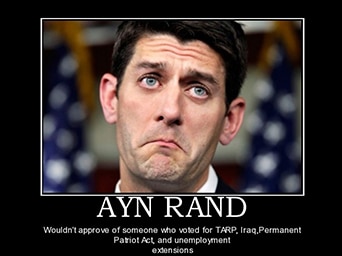 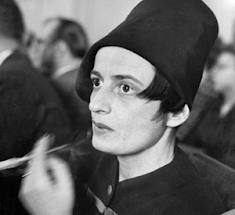 When I was a college freshman, I became completely enamoured with Ayn Rand. As a literary heroin, she surpassed so many of my early heroes.

The self defence in The Fountainhead of Rand’s hero, architect Howard York, stood on trial for dynamiting a housing project he designed.

It was such a captivating defence that I insisted on sharing it with everyone who would listen. Many of my classmates who would listen came to the same conclusions, becoming Rand fans.

Six million copies of The Fountainhead provided evidence of the following that Rand developed. Many of us couldn’t help wanting to be trial lawyers who could make as convincing arguments as Roark (and Rand) could.

Over the next decade of subscribing to Rand’s “objectivism”, I realized that I had been infected with the worst kind of selfishness. Objectivism was the term that Rand used to describe selfishness.

To Rand, altruism reflected the evil she opposed. Altruism is the opposite of selfishness, and involves doing for others without any expectation of reward.

Rand declared, “From her start, America was torn by the clash of her political system with the altruist morality.” This is a near-perfect description of the present conflict between America’s two political parties.

To her, “capitalism and altruism are incompatible; they are philosophical opposites; they cannot co-exist in the same man or in the same society.”

According to Rand, “the basic principle of altruism is that man has no right to exist for his own sake, that service to others is the only justification of his existence, and that self-sacrifice is his highest moral duty, virtue and value.”

Martin Luther King Jr. opposed Rand’s philosophy: “Every man must decide whether he will walk in the light of creative altruism or in the darkness of destructive selfishness.” 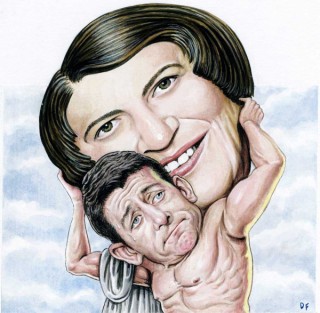 Apart from anything else, when asked about her position on the Middle East conflict Rand firmly supported Israel with a rationale that could have come out of a typical hate-Arab speech by Benyamin Netanyahu, Abe Foxman, David Harris or any AIPAC speaker.

Her rationale: “…because it’s the advanced technological and civilized country amidst a group of almost totally primitive savages who have not changed for years and who are racists and who resent Israel because it’s bringing industry and intelligence and modern technology into their stagnation.”

Current Republican candidates for president and vice president of the U.S., Mitt Romney and Paul Ryan, both subscribe to a “morality of rational self-interest.”

Ryan, an avowed fan of Rand, hasn’t grown out of the enamoured college freshman. Ryan not only tried to get all of the interns in his congressional office to read Rand’s writing, he also gave copies of her novel Atlas Shrugged to his staff as Christmas presents.

Should the Republicans win the coming elections, there’s little doubt that they will carry Rand’s philosophy and politics with them.

Economist, teacher and diplomat John Kenneth Galbraith complained that “The modern conservative is engaged in one of man’s oldest exercises in moral philosophy; that is, the search for a superior moral justification for selfishness.

Oxford Professor Richard Dawkins offers some sage advice: “Let us try to teach generosity and altruism, because we are born selfish.”