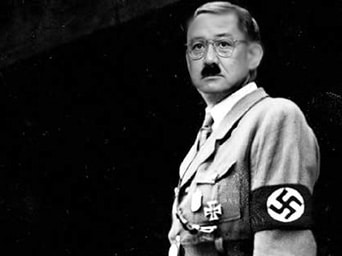 Before anyone gets their panties in a bunch, read 38 USC § 511, here it is; “ (a) the Secretary shall decide all questions of law and fact necessary to a decision by the Secretary under a law that affects the provision of benefits by the Secretary to veterans or the dependents or survivors of veterans. Subject to subsection (b), the decision of the Secretary as to any such question shall be final and conclusive and may not be reviewed by any other official or by any court, whether by an action in the nature of mandamus or otherwise “. END QUOTE. ( underscoring supplied )

The U.S. 9th Circuit Court of Appeals threw the lawsuit filed by VETERANS FOR COMMON SENSE v. SHINSEKI out because of the section of law mentioned above. They, the Court said they have NO JURISDICTION to hear the case because of 38 USC § 511. Moreover, the lower Federal Court in BOISE, IDAHO, tossed KENDALL v. USA, & VETERANS AFFAIRS out for the same reason.

This is the FIRST TIME in the history of the United States that a Departmental Secretary has been given SUPREME POWER without any review. Our history books bring us disturbing images of past dictatorships similar to that of Adolph Hitler and recently Sadam Hussein reminding us it can happen again at anytime.

Our sicko Judicial System is controlled by a select group, who, have absolutely NO CONSTITUTIONAL Authority to do so. Instead of declaring 38 USC § 511 to be “ unconstitutional on its face “ they, those members of the select group at the 9th Circuit, goose stepped, and sieg heiled the new Fuhrer.

My grandfather taught me everything comes around again. The German People stood by and did NOTHING when laws were passed taking away LIBERTY and JUSTICE FOR ALL. Here in America, the Veteran Community, and the citizens of this nation, allowed the Legislative Branch ( lawyers have effective control of Congress ) to pass a law WHICH CLEARLY TAKES AWAY EVERY VETERANS RIGHT TO CHALLENGE AN INJUSTICE IN FEDERAL COURT !!

Considering ALL the Members of Congress have permitted ALL 24 MILLION veterans to be branded with a SECRET CODED NUMBER called a SPN, SDN, or SPD code, and said code was/is being used to steal BILLIONS of DOLLARS from V.A. Congress made sure NO ONE WOULD be arrested, tried, convicted, and hanged for carrying out Genocide ( 18 U.S.C. Chapter 50A ) against America’s Veterans.

With “ Clear and Convincing Evidence “, “ Beyond a Reasonable Doubt “. ALL veterans have had a computer coded number placed upon their DD-214, a document referred to as a “ veterans passport to civil life “ by the Courts. This was done without the veterans knowledge. NO DUE PROCESS OF LAW for veterans, NOW, with this NEW LAW, Congress has created a “ Hitler “ of the V.A. If Shinseki be a veteran, why didn’t he speak up by calling a PRESS CONFERENCE and say this is ANTI-AMERICAN, and SUBMIT his resignation immediately ??? Where is the up-roar over this “ leading the sheep to the slaughter “ !!?? Phone your Congressman and Senator tell them this section of law must be REVOKED immediately. NO NAZISM welcome here. Call those so called veterans service organizations at their headquarters and tell them to fight 100% to stop this, after all, they have magazines to carry the message do they not !!

Nero fiddled while Rome burned. Shall the veterans of the United States fiddle while America Burns ?? If enough veterans, members of their families, and caring citizens phone, write, email, FAX a Congressman or Senator to REVOKE or pressure the Courts to Declare UNCONSTITUTIONAL this 38 U.S.C. § 511. To deprive combat veterans of America access to the Courts of this nation relinquishes Liberty and Justice For All, that which is the very fabric which binds us all together. Enough with the ANTI-VETERAN LAWS. American Legion, VFW, VVA, DAV, JWV, please get up off your couches and do something.