Home Life Rising From The Ashes 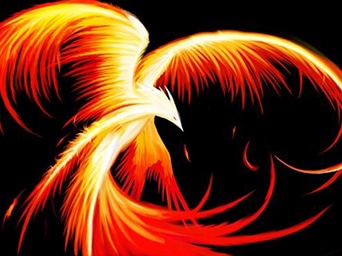 If I ask what is the meaning of the word Phoenix, how would you respond?

Is it the city in Arizona? The media/communications group in Boston? The thunderbird of American Indians? A sculpture at the Nepenthe restaurant in Big Sur, California? The second Mars landing spacecraft?

Lord Darrell Duppa suggested the name “Phoenix” for the city in Arizona, as it described a city born from the ruins of a former civilization.

Elsewhere, the Phoenix has been referred to as a bird living in Arabia, near a cool well, singing a beautiful morning song.

Is it also the Phoenix that lived in Phoenicia (Lebanon) next to a well where, at dawn, it bathed in the water of the well, and the Greek sun-god Helios stopped his chariot in order to listen to its song?

The Greeks subsequently pictured the bird more like a peacock or an eagle and identified it with their own word Phoenix, meaning the colour purple-red or crimson or a palm tree.

Originally, the Phoenix was identified by the Egyptians as a stork or heron-like bird called a benu, known from the Book of the Dead and other Egyptian texts.

Is the Phoenix one of the sacred symbols of worship at Heliopolis, closely associated with the rising sun and the Egyptian sun-god Ra? Historians say it is.

How about the Phoenix Garuda, the bird of the Hindu god Vishnu? He considered the bird an emanation of sunlight, being in appearance and size much like an eagle.

Is it in Persian Ferdowsi’s epic Shahnameh (The Book of Kings), in which the Huma bird appears as the presumed “bird of paradise”?

In China, the Phoenix is called the businiao; literally “immortal bird”, whereas the fenghuang is a mythical bird of local Chinese origin, similar to the Phoenix.

In Japan, the Phoenix is called fushicho, literally “immortal bird”, and the local parallel is called ho-o (kanji).

In Russian folklore, the Phoenix appears as the Zhar-Ptitsa, or firebird, subject of the famous 1910 ballet score by Igor Stravinsky.

Kokko is a mythical bird of iron and fire from Finnish folklore, Turul is the correspondent in the myths of the Magyars. Adarna may be considered a Philippine version of the Phoenix.

The Phoenix has long been a symbol of rebirth, immortality, and renewal.

The most recent reference to the Phoenix described in Wikipedia as the name given to a mission to Mars: “Phoenix was NASA’s sixth successful landing out of seven attempts and was the first successful landing in a Martian polar region. The lander completed its mission in August 2008.”

Another modernization of the Phoenix comes with J.K. Rowling’s Harry Potter’s sign of the Secret Order of the Phoenix, of the ancient world and of the modern initiates of those orders.

As Friedrich Schlegel wrote in Athenaeum, “The Phoenix has been a powerful literary and religious symbol for thousands of years.”

Why is the myth of the Phoenix important as a symbol of rebirth today? Increasingly large numbers of people have experienced what the Phoenix symbolizes.

In earlier times, people spent their entire working life in one job, living in the same place, interacting with the same people.

That has all changed. People now lose jobs when technology replaces them with machines or by company moves. The idea of careers in life-long jobs is obsolete.

Those out of work (rising in flame) must be reborn with new skills for new jobs, moving to new communities, rising out of the ashes of obsolescence