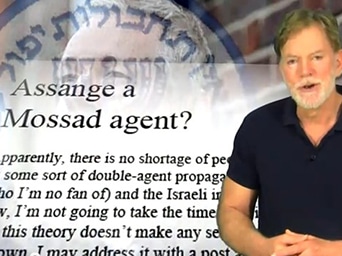 Silencing David Duke has been seen as one of the most important tasks of organized crime.  Duke, reviled by the ADL, a badge of honor in today’s world, is a powerful and charismatic speaker with more than a minor sense of honor and a total loyalty to truth.

We have to get rid of this guy immediately!

In actuality, Duke is reviled, as is David Irving, because these are people capable of doing great damage to those who do great evil.

The same people who hate Duke also hate the “new, good version” of Zbigniew Brzezinski and Chairman of the Joint Chiefs of Staff, General Martin Dempsey.

Oddly, this same individual, using multiple IP addresses and names and  running several “attack” websites that are meant to intimidate me and other writers at VT also runs a number of Nazi and wildly anti-semitic websites as well.

Imagine when the same person, often on the same IP address, assaults you as an “anti-semite” in one email and as a “kike” in another.  I have had about 3000 of these from the ADL.  I nearly laugh myself sick.  You’d think, as representatives of all those Nobel Prize winners, someone would have elementary computer “spoofing” skills.