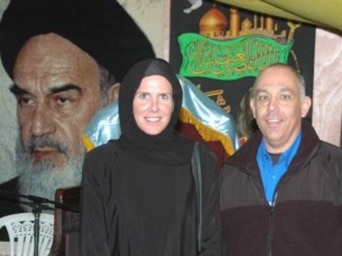 Today, the Sydney Morning Herald reported that the government of Australia found FBI agent Bill Spenser, who calls himself “William Phelps” and identifies himself as a US passport official “not guilty of serious wrongdoing” in his attempt to enter the home of Gwyneth Todd, wife of a senior Australian defense official and associate editor of America’s military and intelligence publication, Veterans Today.

”I can’t imagine why America allowed him to get away with it, and even   further I can’t imagine how Australia would allow an American to run  rough-shod  over them,” Ms Todd, who lives in Canberra, told The Age  yesterday.

The Age revealed the FBI intrusion days after it occurred and  earlier this  month received a copy of the Defence Security Agency investigation  into  the matter, via freedom of information laws.

The investigation relied solely on the evidence of the US embassy and  the  federal police, and found that: ”The visit to [Ms Todd’s] home by  Mr Spencer  was legitimate and within his authority in Australia.”

That is a view disputed by Saskia Hufnagel from Griffith University’s  Centre  of Excellence in Policing and Security, who said Mr Spencer’s  actions might  have breached Australian sovereignty. ”If there was an  ongoing American  investigation and they were questioning this lady as  part of the American  investigation and they didn’t ask the Australian  police … then they breached  Australian sovereignty,” she said.

Mr Spencer’s actions, while not illegal, were questionable, she said.  ”He  is, in some way, exerting US powers in a country which is not a US   jurisdiction.”

The AFP has also been forced to reject claims by Defence that they cleared Mr  Spencer’s improper visit.

The government failed to consult Todd as to the nature of the occurrence and simply accepted a blanket denial from the US government.  Spenser or “Phelps” as he calls himself is not authorized to work in a law enforcement capacity in Australia.  Representatives of the US embassy had claimed that the Australian Federal Police had authorized “Phelps” or “Spenser,” we aren’t sure if that is his real name either, to question Todd.

The Australian Federal Police indicated that no such request was made and that the US embassy had lied in stating so.

The contention by the US is that it was investigating an oil deal with Sudan made some years before by a former acquaintance of Todd, a transaction that Todd had no knowledge of.

However, this reporter has some memory of that transaction which began with a covert meeting at the Four Seasons Hotel in London between senior Bush CIA officials.  An offer of a meeting with a top Bush White House advisor, in this case a former Marine officer, was agreed upon.  The meeting took place some weeks later in Dubai, wherein President Bush (43) agreed to advocate that war crimes charges be dropped against President Bashir of Sudan in exchange for sharing the profits from Sudanese oil sales with the Bush family.

The initial meetings were begun over a dinner with top French defense officials and representatives of the UAE government in attendance.  I only remember because I was sitting at the table drinking watermelon juice and eating lamb with Abdul Rahman Falaknaz of Dubai.  We were discussing cricket and found the discussion of oil, political payoffs and spying at the dinner table more than tasteless.

The White House contacted Ambassador Mark Siljander for background on the meeting as Bashir had been primary intermediary between US groups and Bashir where US interests were involved.  Siljander was later indicted on 50 terrorism charges but plead “no contest” to a single charge of “obstruction” after being financially destroyed by legal fees.

President Bush was not arrested for his involvement nor was his father, though their part in this operation violated US sanctions against Iran.  However, as promised, the US managed to provide aid promised President Bashir in exchange for his offer of crude oil to top GOP officials.

Currently, Chairman of the Senate Judiciary Committee, Senator Patrick Leahy, is awaiting a response to a letter he wrote two weeks ago to the Inspector General of the Department of Defense regarding wrongdoing on their part toward Ms. Todd.

Based on available facts and documentation offered to the Senate and long ago supplied to the State Department and FBI, US officials, one admiral and a senior naval intelligence officer conspired with the intelligence services of Bahrain to murder Ms. Todd.

In addition, the same individuals were stopped from staging a terrorist bombing on US Naval facilities in the Persian Gulf and from orchestrating a false flag terror attack that was intended to begin a war with Iran.

Thus, when Ms. Todd found a US official in her home misrepresenting himself and attempting to lure her into a vehicle, it was her belief that she, as with others involved in aspects of this operation, had been targeted for assassination.

Ms. Todd was is part of a number of Bush era whistle blowers that include Valerie Plame, Sibel Edmonds, Susan Lindauer, Mark Siljander, John Wheeler III, Dr. David Kelly along with a hundred names you will never see, bodies that may never be found.