Home Veterans What are efforts to contain Fukushima? None. 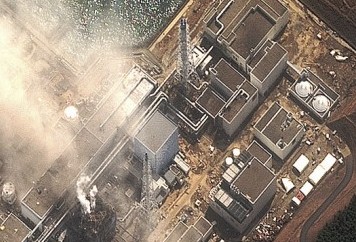 (San Francisco) The Fukushima I Nuclear Power Plant contains six reactors and is located along the NE coast of Japan. Three of the six reactors disastrously melted down right through the concrete floor and entered the ground on Mar 11, 2011. The spewing of radioactive particles into the Earth’s atmosphere continues unabated.

Quick Summary: What are efforts to contain Fukushima?

None, really. This is because men, women and teens die in seven minutes in the wrecked reactor buildings; robots croak in about two hours.

It is not enough time. This will continue for at least ten (10) years; more likely much longer.

Tepco is scheduled to run out of Fukushima workers and industrial robots long before then. Then all bets are off.

The VeteransToday recommended fix of putting the reactors under water has not been done by the US Government. [1]

Are the Japanese really doing anything?    No. It is a Fake Fire Drill and just for show.

Worse yet, since all reactors leak all the time, Fukushima adds to what is already here.

We all breathe and eat the deadly isotopes in our food and drink them in our water. Plus, the lethal metal isotope particles are so small that they go right through our clothes and skin from the air.

Yes, air, water and food are weaponized against us by the pro-nukers.

When they “radioactively decay” they give off damaging energy and particles – a lot. Some radioactive isotopes do this for unimaginably long periods of time. By our human standards, it is simply forever.

One milligram of uranium, which is smaller than you can comfortably see, radiates outward 850 particles and energy squibbs a minute. They will kill or maim you. Think of them as small radioactive bullets. Some move at remarkable speeds with a muzzle velocity of close to 983,568,960 feet per second or 299,792,458 meters per second.

There are many machine guns in the world that fire about 850 rounds a minute. [2] The weapons all jam and run out of ammo – except this one.

To a group of red blood cells or liver cells “standing” next to the little evil Uranium particle it must seem like hell on earth; only worse. The destructive fire from the uranium rounds never stops.

The rounds have a range of about 20 cells in all directions. The radioactive isotopes make a perfect killing machine. We are stuck with the 850 rounds a minute per milligram throughout our lives as a deadly reality from the pro-nukers (you all know one.)

Shun them. Criminalize them. Send them to their well deserved reward. The pro-nukers have shortened all of our expected life spans by the fine amounts of Uranium isotopes in all of our bodies.

Of course, you can’t see the radioactive particles; so you can’t dodge them. Whole body radiation counters are in very short supply and not readily accessible, if at all. As a result, you are left in the dark.

You are going to have to make your own choices. You will live a little longer, or, die sooner by these choices, as will I. No one is exempt. The Radioactive Particles are all over the world now.

We cannot escape the “Rads” or radiation from the isotopes. There is no such thing as a “Get Out Of Jail Free” card in this extinction level event (ELE.)

All this nuclear knowledge and know how is widely known. It is certainly not a secret.You are perfectly free to learn it yourself. It has been known since 1946 when much of it was declassified after the Atomic Bombing of Japan.

That is 66 years for you to get it together. It all fits perfectly, organically, destructively. The rapid maiming and killing off of all humanity is what we are talking about.

The downhill slide to our inevitable destruction started in 1898 with Madame Curie, a woman who died with wretched, crippled, blackened hands from separating, by hand, Radium and Polonium from ore.

Totally undaunted and unlearned, the pro-nukers run on, like fools running with knives.

Now, in 2012, we have about 438 big nuclear reactors and countless smaller ones scattered all over the planet and in populated areas, too.

As we have witnessed recently, the still spewing reactors at Fukushima, Japan and Three Mile Island in America, are merely giant stationary nuclear weapons.

A Chernobyl Nuclear Reactor exploded, killing about one and a half million people worldwide to date. Dr. Rosalie Bertell, a brilliant mathematician, calculated the total nuclear kill world wide at 1.5 Billion a few years ago.

Those we can see. It comes as no surprise that the maxim “All reactors leak, all the time, some more than others;” is quite true; and, yet we humans get talked into building hundreds of the things anyway. We’re stupid and easily manipulated in large groups that way.

As a result, we all have our own personal maiming and killing dose of deadly radiation that keeps firing radioactive bullets forever and lasts longer than we will.

Close the books on that folks, it is a “done deal.”

There is no cure. There is no “going back.” There is no trick fix. This is written more than a year and a half [580 days] after Humanity’s End Point was marked at Fukushima.

As renowned Japanese journalist, Mr Yoichi Shimatsu said “… it is Year 2 BE, beginning of the end.”

Here are two quite helpful and recent videos (2012) from RosyHeart1’s Spiritual Warrior’s Video Channel. RosyHeart1 is a Yosemite/California based Artist and Anti-Nuke Warrior.

Copyright by Bob Nichols October, 2012. The article may be freely re-published with attribution and end notes. Videos and pictures are the copyright of their respective owners.

“Specially equipped submarines can then pick up the pieces of reactor cores from under water. The surface of the ocean blocks the escape of radiation.”

“The Biology of Human Longevity:: Inflammation, Nutrition, and Aging in the Evolution of Lifespans,”  Caleb E Finch, At Amazon from US$70.00. “* Author Caleb Finch is highly influential and respected scientist, ranked in the top half of the 1% most cited scientists,” Amazon.