Home Veterans A Question About American Interests in the Middle East… 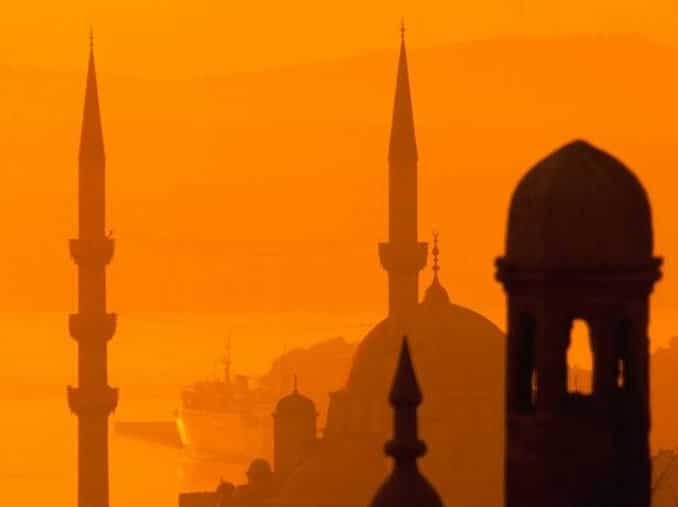 A good question about American interests in the Middle East but what is the answer?

In an article for TomDispatch, Peter Van Buren (a U.S. Foreign Service Officer for many years) posed what he described as Six Critical Foreign Policy Questions That Won’t Be Raised in Presidential Debates. Question three was under the headline – What do we want from the Middle East?

The preamble to the specific question was this:

“Is it all about oil? Israel? Old-fashioned hegemony and containment? What is our goal in fighting an intensifying proxy war with Iran, newly expanded into cyberspace? Are we worried about a nuclear Iran, or just worried about a new nuclear club member in general? Will we continue the nineteenth century game of supporting thug dictators who support our policies in Bahrain, Saudi Arabia, Egypt, and Libya (until overwhelmed by events on the ground), and opposing the same actions by other thugs who disagree with us like Iraq’s Saddam Hussein and Syria’s Bashar al-Assad? That kind of policy thinking did not work out too well in the long run in Central and South America, and history suggests that we should make up our mind on what America’s goals in the Middle East might actually be. No cheating now – having no policy is a policy of its own.”

Then the specific question:

“Candidates, can you define America’s predominant interest in the Middle East and sketch out a series of at least semi-sensical actions in support of it?”

In my view the honest answer (which won’t come from the lips of President Obama or Mitt Romney) is something like the following.

The U.S. has always had two predominant interests in the Middle East.

The first was guaranteeing the flow of oil at the lowest possible price even when that meant supporting corrupt and repressive Arab regimes which would do America’s bidding. (Saudi Arabia’s King Faisal, in my view the first and the last truly great Arab leader of modern times, was assassinated because he was no longer willing to be an American puppet, a fact he demonstrated by, among other things, defying Henry Kissinger with his support for Arafat and the PLO).

The second was to do with the fact that the Military Industrial Complex in all of its manifestations is the biggest single creator of jobs and wealth in America. It not only needed wars to guarantee the flow of tax dollars into its coffers, it also needed very wealthy Arab client states to buy its products. (In 2011 U.S. weapons sales reached a record high of $66 billion. America’s largest customer was Saudi Arabia, which purchased more than $33bn worth of weapons from the U.S. including dozens of F-15 fighter jets and missiles. The Obama administration proudly said that this deal alone would be a major stimulus to the U.S. economy and generate 75,000 new jobs. The United Arab Emirates and Oman also spent billions on buying American weapons).

In the last decade or two of the 20th century the U.S. has had a third predominant interest in the Middle East, It was having in power Arab regimes which were prepared to spend big amounts of the wealth of their countries on keeping the American economy going, and quite possibly preventing it from collapsing, by buying American debt. This purchase of U.S. debt instruments (paper promises) enabled Americans to go on living beyond their means and helped to create a national debt which is now approaching $17 trillion. (The other two major purchasers of American debt were Japan and China).

The second part of Van Buren’s specific question asked the candidates to outline some actions they would take to support American interests in the Middle East.

We know how the neo-cons (Jewish and non-Jewish supporters of Israel right or wrong) would respond to that question if they were honest. They’d say, “We need more wars.”

Van Buren mentioned Israel only once and with a question mark. In my analysis Israel has been and continues to be a predominant American interest in the Middle East for two related reasons.

One is the ignorance of the vast majority of Americans. I mean ignorance in the sense that they have been conditioned to believe a version of history, Zionism’s version, which is a pack of propaganda lies. The consequence is that they, the vast majority of Americans, have no understanding of what the conflict is really all about, who the real victims are and why it is not in America’s own best interests to go on supporting Israel (the oppressor) right or wrong.

The related reason is that this ignorance has made it easy for the Zionist lobby, through its stooges in Congress, to call the shots for policy on the Israel-Palestine conflict.

I am in no .doubt that Obama, unlike Romney, is completely aware that the biggest real threat to America’s own best interests in the Middle East (and the whole of the wider Muslim world) is the Zionist state, on account of the anger and the despair provoked by a combination of its contempt for international law and arrogance of power, and America’s lack of will to call and hold the Zionist monster to account for its crimes.

If I was in the audience for the next for the next presidential debate, the question I would want to put to Obama and Romney is this: Do you believe it is in America’s own best interests to go on supporting Israel right or wrong?

If the answer was “No”, the follow-up question would have to be: In order to best protect America’s own interests, will you be prepared to take whatever action is necessary to require Israel to end its defiance of international law?