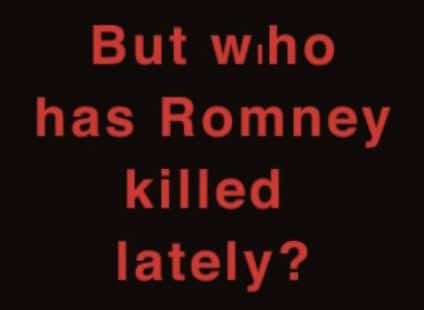 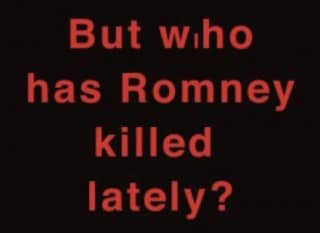 I can’t guarantee the video you will see will save your grandchildren or bring back our freedoms. What I can guarantee is this:  Anyone who sees this will demand the immediate arrest of Mitt Romney and the entire Bush drug cartel.

[A Long Editors Note:  This material is as much a disgrace to American media as anything else, on top of the Intel community who has sat by and watched these high level criminal organizations operate with government and even Intel protection. They were warned that the deeper the shadow gov guys got their hooks in the more aggressive they would be in ‘what they wanted’. But cowardice was the word.

All those that took their phony oaths chose to keep enjoying their own gravy train ride to retirement and join the multiple pension and paycheck brigade, which has turned out to be what way to many of them were serving. We are now in a much worse situation, looking down a double barreled coup in action. Bush 911 was first, now the Romney ‘cleaners’.

The Bush family went to great lengths to hide their long time shady dealings, but Romney’s sliding by on his with all of this stuff just laying out there for anyone to find who wanted to. It’s proof that investigative journalism has been co-opted. Only ‘permitted’ kind is allowed, and against ‘approved targets’ only.

We are truly showing the signs of a defeated people, a la the last days of Rome. The main difference of course is that there are no barbarian hordes coming. It’s the folks wearing the white robes and olive twine tiaras who are putting it to us. There is some resistance, and it is growing, but the door is still locked for any legal solution as law enforcement has also been compromised. So far, they refuse to prosecute ‘protected entities’. Actually their terminology for it is ‘they just can’t’.

They will not move when they fear their being taken out as a 99% certainty. And they don’t see the public lifting a finger to defend them, so the folks do not get off scott free here. If you want a champion to fight for you, you have to be able to offer them some protection, like if anything happens to them or their families there would be ‘hell to pay for it’.

The 99% certainly of retribution is a weapon that the public has not shown the gumption to pick up yet. And yes, the main line vet orgs, churches, academia, are AWOL, the ‘not my job man’ attitude ruling there.

The Vet orgs will not even take on Homeland Security for looting counter terrorism funding (the Fusion Center scandal) for patronage, and then leaving combat vets with PTSD waiting six months for an appointment due to shrink personnel shortages and funding. They won’t even discuss Israeli espionage here, period.

If everybody keeps waiting for someone else to do the tough work and get a free ride they will find themselves on a highway to hell. There are a lot of people around the world further down this road than we are. Maybe we should interview some to share what it is like for those having a hard time ‘getting it’ over here

As Mike Harris says on almost all of his radio shows, “Nobody is going to save us, folks. Either we do it, or it won’t get done.” ...Jim W. Dean]

The slide chosen from the video is a favorite.  There is a reason for that, it is appropriate.  The video deals with one aspect of Romney’s character and how he earned the trust of some very dangerous people.

I am trusted by a select group of special operations personnel because I have shown myself capable of acts I may now regret, acts done, theoretically, in defense of my country. I now question those things, were I to do less, I would be less than human.  “Less than human,” that has a ring to it.

The film is made by someone making all the right assumptions about Romney, that he would not be where is he unless he had done something to earn the trust of, well, of the absolutely worst people on earth.

He is a man in the image of Dick Cheney and Henry Kissinger, a man of the “Bush” mold, a “superior man,” one of the Nietzsche crowd that looks on us, on our children and grandchildren and sees only “useless eaters “, not even cannon fodder.

To “Mitt,” throwing us into gas chambers would be considered too much of a courtesy or bother.  If you feel I am overstating, you obviously didn’t see the film.

Recent talk has been about civil war.  I have watched Americans who stood for honor and decency murdered, imprisoned, poisoned, put in mental hospitals, destroyed economically while the nation has been systematically looted.

This is a 40 minute video. Send it to everyone you know.  Watch the whole thing.

If you want to know who the enemy is, why Americans need guns and who we will have to fight, watch it. If you want the assurance that a war is coming and it is going to be against each and every decent American, you will learn the facts right here.

No, none of this really happens, life is all “Duty, Honor, Country,” just like it says on West Point, the place where General Myer graduated from.

Ask me why I would take the bulldozer used by the IDF to murder Rachel Corrie, something every American should learn about, and start in Washington until we have to rebuild the whole thing. 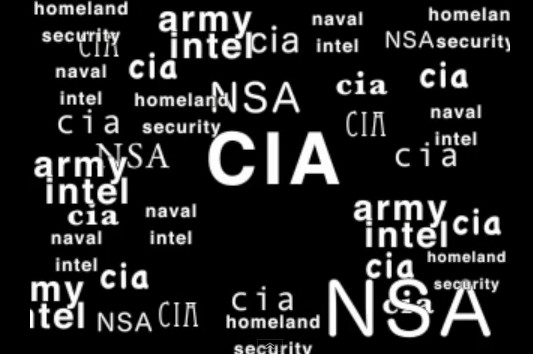 We can walk away, my generation, the Vietnam generation, knowing we have been the worst generation in history, selling our souls, mortgaging future generations for centuries to  come.

We have done little more than this since 1980 and, just perhaps, if all of us have to lose more than we already have, even if it is our lives, we still will not have balanced the scales.

I’m not leaving America and I’m not living here with drug dealers, murderers and traitors running this country. I’m also not prepared to stay as quiet as I have been, playing along silently.

I call on every American sworn to service, police, all military, every state, municipal and federal employee, every person of decency, everyone who has lost much or taken too much while others have suffered. This has to end and end now.