90% of Latinos in West Vote for Obama

Yesterday, the future hit the GOP right between the eyes, and, this time, it’s a knockout punch that will forever change them.  And that’s good for everyone!

There is NO Longer a path for their racist extremist views.  The window will close even more over the next years as the demographics play out.  So it’s time for the GOP to overhaul itself or face political extinction. Period!

Now while my choice, Dr. Jill Stein, did not even make the debates (she was arrested for demanding to be included), I am comforted that Obama goes forth. In my view, he represents the USA well and that’s great for the future. 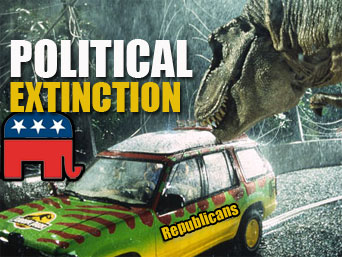 All my kids voted for Obama and they were just thrilled by the results.  They were really empowered by their participation.  The youth really impresses me!  They are invested!

90%!  Wow!  And that was a super big deal and tells a big truth about the new diverse America.

The Latinos gave a message to the GOP and the message was one middle finger up!

I mean the “Hey screw you Latinos and don’t forget to vote for us”  message did NOT  work!   I mean, gosh the arrogance of those racists!  These folk are living in the 19th century and it’s not funny anymore!

The GOP now has to contend with its institutional racism, get serious political and mental therapy, and then embrace the 21st Century or face political extinction.

Latinos will continue to grow even more over the next decades.

Worse, for them, the USA must now deal with the reality that the USA is neighbors with Mexico and their country has switched from Anglo to Latino colors.
It’s time to embrace the future and stop taking a dump on it.

In my view, it was super great that the GOP got hammered yesterday. They earned it.
It’s a great thing.  The USA needs to grow through empowerment, not exclusion.

My hope is that finally, they will drop the arrogance, join hands with its diversity, and its neighbors, and start working on the future instead of playing the cards of some marginal extremist disposition.