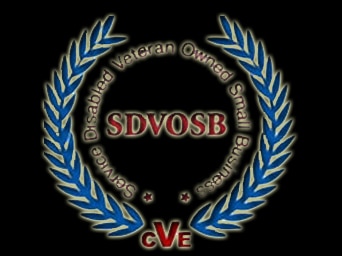 (SDVOSB News Services) — Washington, DC, December 7, 2012- The Small Business Administration (SBA) today reported on the progress made during 2012 on the President’s Interagency Task Force on Veterans Business Development. The Task Force, chaired by SBA Deputy Administrator Marie Johns, included officials from the Departments of Treasury, Defense, Labor, General Services Administration, Veterans Affairs and the Office of Management and Budget. The Veterans Service Organization (VSO) mandated by the original legislation to participate on the Task Force was VET-Force, a Washington-based group consisting of several VSO representatives.

The most substantive report was given on DOL’s “Boots To Business” (B2B) Pilot program. An update on the VA’s Vendor Information Pages (VIP) was given by Ford Heard. Tom Leney, recently assigned as VA’s Director of the Office of Small and Disadvantaged Business Utilization, did not attend the meeting. Because of Mr. Leney absence, Mr. Heard was unable to respond effectively to several changes in VA’s contracting program, including the recent purge of the VIP database.

Six Committee Reports were delivered by members of the Task Force, including Access to Capital, Federal Contracting, Increased Integrity of Certifications, Reducing Administrative Burdens, Training and Counseling and Improving Federal Support. Though Mr. Heard attempted to respond to questions posed regarding Certification, Tom Leney has been the

Since President Obama issued the Executive Order convening the Task Force on April 26, 2010, SBA has welcomed SDVOSB and VOSB participation in the public meetings through a call-in number. According to members of the Task Force, contributions made by service disabled veteran business owners have been invaluable to members of the task force.

A vigorous presentation was delivered by a service disabled veteran business owner whose business was at risk as a result of incompetence by the VA’s certification and the lack of any explanatory communication by the VA. Other public comments included VA’s refusal to adhere to the Vets-First program (PL 109-461), SBA’s lack of support for veterans as an enforcement agency and penalties for federal agencies that continue to fall short of the 3% minimum contracting preference mandated by PL 106-50.

The next meeting of the task force has not been scheduled.