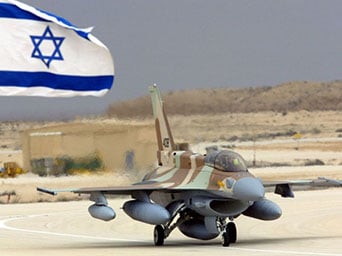 If you want peace, prepare for war.

The original Latin of the expression “if you want peace, prepare for war” comes from “Epitoma Rei Militaris,” by Vegetius (Publius Flavius Vegetius Renatus). The Latin is: “Igitur qui desiderat pacem, praeparet bellum.”

One could make the case that in any language the “Cold War” fit the belief that peace may be heralded as preparation for war.

While developing nuclear arsenals, both repeatedly engaged in indirect confrontations through proxy wars. The cycles of relative calm would be followed by high tension which could have led to war.

Pre-emptive strikes were something unheard of prior to Israel’s employment of them to cripple any power in the Middle East that might eventually be used against Israel.

This was certainly the case in Israel’s bombing of a nuclear reactor in Iraq. Operation Opera (sometimes call Operation Babylon) was carried out on June 7, 1981.

The reasoning that sanctioned such a strike went like this: Iraq, under the leadership of Saddam Hussein, is an Israeli antagonist. Iraq would therefore destroy Israel if it had an opportunity to do so. The acquisition of nuclear power would ultimately give Iraq the opportunity to destroy Israel.

If the Cold War had operated on the same premise, both the Soviet socialists and the Western capitalists would now be reduced to ashes.

What the Israelis called a pre-emptive strike was no less than an attack as vicious to Iraq as the Japanese bombing of Pearl Harbor was to America. Iraq, unlike America however, was in no position to respond to that attack.

Israel ignored the reasons for Iraq’s antagonism toward Israel, and that was Israel’s treatment of the Palestinians in the lands occupied by the Israelis.

Israel and now America lead the world in making pre-emptive strikes against other countries. Both continue to spend fortunes of American taxpayer money on huge defence budgets.

Now, the same kind of reasoning has taken hold of the US government. Accordingly, the best defence is sometimes a good offense. Afghanistan, Pakistan, Yemen and Somalia have all harboured victims of U.S. secret drone strikes.

“Defending the U.S. requires prevention, self-defence and sometimes pre-emption,” explained Donald Rumsfeld on January 31, 2002. “Defending against terrorism and other emerging 21st-century threats may well require that we take the war to the enemy. The best, and in some cases, the only defence is a good offense.”

Do pre-emptive strikes against any country eliminate terrorism? Such action inevitably kills and wounds a multitude of innocent civilians and fosters more terrorists sympathetic to the victims.

According to U.S. State Department legal advisor Harold Koh, the US is involved in an armed conflict with al-Qaida, the Taliban, and their affiliates and therefore may use force consistent with self-defense under international law.

US Drone Strike statistic based on research by a team of journalists of the Bureau of Investigative Journalism:

Stop these prologues to war before Hell breaks loose.