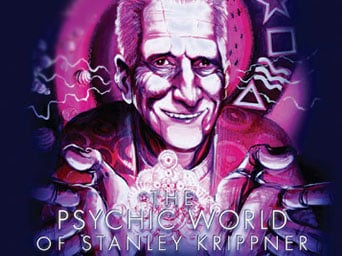 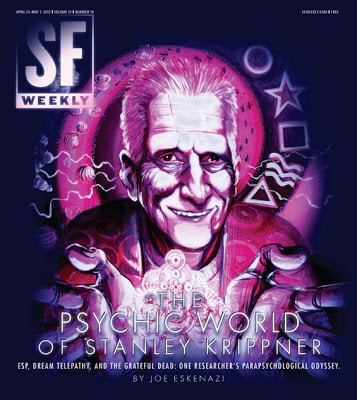 This Christmas I honor a living truth seeking angel who just turned 80 years young, Stanley Krippner. Stan has been a mentor, coach and friend to hundreds of students of the paranormal and in my case an angel ~ who mentored my Master’s Degree and was second reader for my PhD dissertation on The Unified Field.

Dr. Stanley Krippner is an internationally-known psychologist who is the author of more than 500 papers and more than 100 volumes, co-authored or co-edited, on a wide variety of topics in psychology, consciousness, psychotherapy and parapsychology ~ but to many others Stan is a gentle and compassionate truth seeker who, in my case, saw my truth when I was just sensing it and helped pave the path for me to own it with the world.

It was 1972 and I had just been accepted in a new two year field experience oriented Master’s Degree program at Sonoma State University in Cotati, California. At that time, I was making a transition from the brokerage business to the counseling profession, and many paranormal events were happening during this confusing heart centered inner transformation from ego consciousness to soul consciousness.

Stanley Krippner was leading a special three day conference for the pilot program I was about to attend.

At the opening session, Stan individually asked a group of about 20 students what their Master’s thesis topics would be. When he turned to me, I nervously announced that I was going to write a book entitled Conscious Love, The Ultimate Energy (a book I had dreamed I would be writing). There was some laughter around the room and Stanley pointed to me  and said ” prove it, ” which produced even more laughter.

The conference ended a few days later and much to my chagrin I had not made a meaningful contact with Stanley ~ except for that brief exchange. Intuitively, I knew this was an important contact for me but Stan was leaving and flying to New York the next day for an important meeting.

While carrying my bags to my car as I was preparing to leave the premises ~ something within me told me not to leave ~ so I listened.

I put my bags down and wandered over to the dining room, completely surrendering to whatever was guiding me.

No one was in the dining room, so I peeked into the kitchen and noticed that someone was washing dishes. He seemed to be part of the cleanup crew and immediately recognized me as one of the participants in the Masters conference.

He asked me if I would share a glass of wine with him and chat for a few minutes.

We sat down in the dining room where he proceeded to share his perceptions of the conference ~ for it was his belief that the whole conference had evolved around him, although he was a member of the kitchen crew.

I listened compassionately and non-judgmentally and  gently, but directly, helped him see another more realistic perception of what had happened. We finished our wine, he thanked me, and I now knew I could leave the premises.

I had no idea what this was all about, but I completely surrendered to it and simply fully showed up in the moment.

Later that evening, Stanley Krippner called me at home and told me that he was canceling his trip to New York the next day and wanted to meet with me in Sausalito ~ and he had blocked off the afternoon.

Greatly excited I accepted his invitation and Stan and I spent the next afternoon together. He told me that when his driver had come back from the seminar the previous evening after working all afternoon with the kitchen crew ~ he seemed like a changed person and had made a dramatic shift in behavior and attitude.

When Stanley asked him what had happened, he said that he had an extremely illuminating conversation with one of the conference participants and was now seeing things differently.

Stan asked him what was the participants name and he said ~ Allen Roland.

Stan suddenly realized that I had indeed demonstrated that Conscious Love was the ultimate energy by facilitating a complete change in his drivers behavior ~ and I had no idea of their relationship.

Stan then also knew we had work to do together and he became the supervisor and mentor for my Master’s Degree and book ( Conscious Love, The Ultimate Energy ) as well as eventually the second reader for my doctoral dissertation which explained and demonstrated the truth of the Unified Field ~ and to this day, Stan remains an ongoing source of encouragement and support.

Why is this story important ?  Because that is the deep spiritual dimension that Stan dwells in and he recognizes fellow travelers in his role as a connector and teacher and completely surrenders to it ~ much as I did in unconsciously demonstrating to him the power of conscious unconditional love with his driver.

This story is also about listening and responding to my inner guidance ~ which is my case said ” Get out of the way, Allen ~ I’ll take care of this ”

And now that’s what I do as a heart centered therapist ~ teaching people, by phone or in person, to find the courage to listen, respond and surrender to their own inner truth and guidance.

Or as Stan writes in the forward to my last book Radical Therapy: Surrender to Love and Heal Yourself in Seven Sessions ( not seven years)…   ” No psychiatric Manual lists “Soul Loss” as a condition in need of treatment, but shamans tell me that “Soul Loss” is widespread in contemporary society. Allen Roland has had the insight to understand what the shamans have told me . He also has developed the skills to help his clients regain their souls.”

I think Stan is still intrigued that the foundation or base of ESP could well be cemented in a field of universal love and a state of soul consciousness that exists beyond time and space ~ and a state which I have clearly demonstrated in my work with clients and combat veterans with PTSD.

Stanley Krippner’s demonstrated gift and lifelong lesson for me is the incredible inner validation and satisfaction of being in service from a place of celebration as well as not taking oneself too seriously.

“There are only two mistakes one can make along the road to truth; not going all the way, and not starting.” Buddha