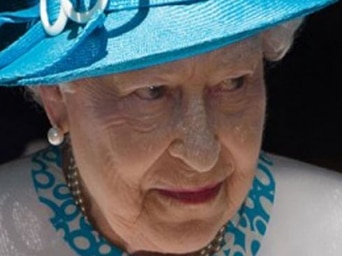 The British Queen has mysteriously honoured and knighted certain individuals, who are recognized with bad reputations in their professions and some who are known offenders.

A series of incidents are leading analysts to question why the British Monarch honours and awards certain individuals, despite their poor professionalism or backgrounds of criminal offences.

This comes as on December 31, ambulance workers slammed the decision to include a failed manager in the Queen’s New Year’s honours list.

Former chief executive of the East of England Ambulance Service (EEAST) Hayden Newton is set to be one of two people to receive the Queen’s Award for services to the ambulance service, which was introduced only six months ago.

British Trade Union members working in the health care and the ambulance service have reacted with shock to Newton’s award as he “left the service with a poor record of reaching the government targets for response times and a worse one on industrial relations.”

Meanwhile, Investment banker Hector Sants, who was in charge of Britain’s banking watchdog at the time of the financial crash, is to be knighted for his “services to financial regulation.”

During the Diamond Jubilee show in June, the British Queen invited one of the world’s most oppressing rulers, the King of Bahrain, Sheikh Hamad bin Isa Al Khalifa, who attended an exclusive British royal family banquet.

During the Diamond Jubilee celebrations, Elizabeth II and the other Royals treated a former sex offender to an exclusive ride on the Royal Barge across the River Thames in London. The offender, Harbinder Singh Rana was found guilty of five counts of indecent assaults, 11 counts of assault causing actual bodily harm and one count of attempted assault in August 1986.

The British Queen had also awarded the recently accused paedophile and former TV star Jimmy Savile, who was given the Order of the British Empire (OBE) in 1971 and was knighted by the Queen in 1990.

Savile has been described as one of the most prolific sex offenders of recent history, allegedly victimizing over 300 young women, mostly teenage girls. Whether the British Queen knew at the time about his perverted activities or not, still remains a mystery.