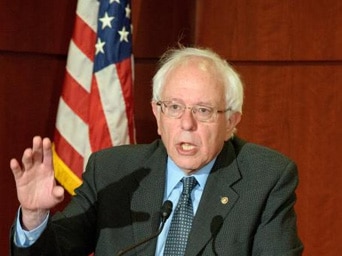 WASHINGTON, March 13 – Here is the prepared opening statement by Chairman Bernie Sanders at a Senate Committee on Veterans’ Affairs hearing today into the claims backlog at the Department of Veterans Affairs:

During the last several weeks, the Veterans’ Affairs Committees in the House and the Senate held four hearings with veterans’ organizations. During their testimony, the leaders of the veterans’ organizations raised a number of concerns, but I think it’s fair to say that the No. 1 issue they raised is the very significant backlog that we have in processing claims for our veterans. I believe that is the No. 1 issue and that is why the first hearing the committee is holding under my leadership is addressing this issue.

My understanding is that as of March 2 some 70 percent of the compensation and pension inventory of 895,000 claims were pending for more than 125 days. Further, the accuracy rate of 86 percent at the end of FY2012 is significantly lower than what must be accomplished. In addition, agencies such as the GAO and the VA’s own inspector general have raised some very serious concerns about the work the VA is doing in claims processing.

It is my view, and I believe the view of every member of this committee, that when men and women put their lives on the line defending this country, they must be treated with respect and dignity when they return. Not with red tape and bureaucracy, not with, in some cases, years of delay.

Without being overly dramatic, let me state that we are losing 22 veterans every day from suicide. This is a tragedy that we must address. I know that no one in the VA, no one on this committee, wants to add to that tragedy, because of unnecessary delays that could extenuate the problems that veterans express.

That’s the bad news. It is a very serious problem that the VA must address.

Further it is generally believed that the VA did exactly the right thing by making sure the Vietnam vets exposed Agent Orange, got the benefits that they should have gotten if they developed one or another illness as a result of that exposure. In the last several years, the VA has processed some 278,000 new claims for Agent Orange. It is generally believed that they have done a pretty good job processing those claims in a timely manner and we’ll hear more about that later this morning.

Last point, General Shinseki has set goal of eliminating the backlog by 2015 and having the VA processing compensation claims so that no Veteran or eligible spouse or child has to wait more than 125 days for a quality decision – meaning 98 percent accuracy rate on that claim. That is a very ambitious goal. The subject of today’s hearing is whether we are going to achieve that goal.