Home Life Iraq War: Millions of Lives for Nothing? 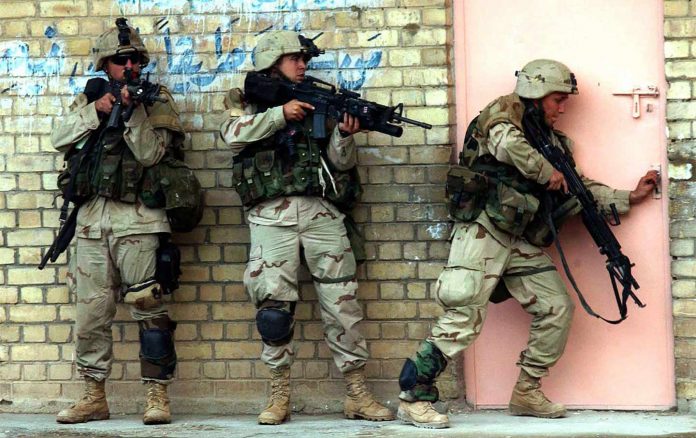 Could Saddam Hussein have been a Founding Father Hero of a Modern Democratic Iraq?

Ten years after the Iraq War, we are left to analyze and wonder what shoulda woulda coulda happened.

You see, back in the day, Saddam Hussein was the war and oil business darling of the USA. It’s been well documented that the USA was doing oil business and supplying him with arms during the 80s.

It was good business back then. All the usual suspects were making money and everyone was so happy.  It was the powerful land of OZ.

But then greed appeared and a good deal was about to go really bad. And millions of people would pay the price.

So what really happened? Well, I can tell you that Saddam is a first-class idiot for not understanding who he was doing business with and miscalculating the leverage situation. Allow me to make my case.

Saddam had it made. He was raking in the oil monies and had total control over Iraq Inc. with the support of the USA. It was a Dictator paradise. But like many dictators, he bought into his own megalomania thinking he was bigger than the cabal that allowed him to live in his very own paradise. What an idiot!

When his assigns in the USA told him to back down, he ignored them and instead went into Kuwait taking what he said was his…namely Kuwait Inc. oil. But the real owners did not like that and pushed him back out after he tweaked their noses. Not a smart move. For those younger readers, that was called the Gulf War in the early 90s.

Okay, well anyway, George H.W. Bush decided that keeping Saddam in power after he effectively put him in time out would be enough and they can get back to the real geopolitical business of oil and arms trading. And for a while, it worked. But it wasn’t good enough.

During the Clinton administration, Saddam drifted again towards his greed and during this time the Neo-Cons were planning to oust him.

So when Bush II got in, they launched. They sent their negotiators in but no deal could be reached. And so, to sell it, we got the WMD thing and the fabricated Iraq War.

Okay, but why was Saddam such an idiot?

When faced with a bigger badder ass stronger side, one needs to recognize it. When you don’t, you get run!  You lose!  In this case, there is no moral superiority, only leverage.  Saddam or Saddumb as I now call him, blew it big time.  What an idiot!

Now, if I was his adviser, I would have advised him this way……

“Saddam, look, give the Americans everything they want. All of it.  In return, we make it easy for them and simply ask the following;

Look Saddam, it’s a win/win. They get to control the world and you remain rich and a national hero, adored for generations to come.  You become the George Washington of Iraq!  How’s that for a legacy!”

How perfect right?  But alas, that’s not what happened.  Instead, Saddumb ended up in a dirty hole and hung by a rope. He’s an idiot. Case closed!  Does anyone disagree?  I encourage comments.