Today, my friend in India told me that the government is instituting a plan to make sure everyone installs a box on their TV so that they can monitor their behavior and install an entertainment tax.

Entertainment Tax? That’s crazy! My first thought was how desperate was his government that they had to deploy this repressive tax.

Well, it turns out that India is desperate.  They are grappling with overpopulation and how to distribute resources.  So they put up silly crazy taxes like this Entertainment Tax to try and pay for it.  But it is just trying to stop a coming flood with Silly Putty;  in the end, it’s too late.  It won’t work!  There is nothing under the current economic system that will stop the coming hell from visiting us. Hear me out!

Thirty years ago, India was freer. The government was less involved.  There were fewer people.  Today, they provide controlled cooking gas canisters to the people and shut off the electricity at various times because there just isn’t enough to go around. And don’t get me started on clean water.

The population of India is currently over 1.2 billion people and growing fast. With a developing consumer market that is seeing the creation of many new super rich and an unseemly fast-growing super poor, the divide is becoming clear. And what is worse, the population is expected to hit 2 billion by 2050.

Now expand this challenge to the other population exploding areas where resources are already on the edge and we are about to enter a new era of human existence.

In short, right now we have 7 billion people on our planet. By 2050, experts agree that we are going to be around 10-12 billion and by 2100 that number could reach 25 billion. But hold on….25 billion people? Can that really happen? 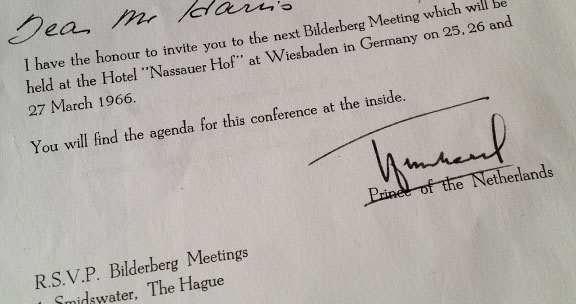 Under our system, we have a ruling elite class of people in global finance and global political leadership folks that are fully aware of this population challenge. Some call them the Bilderberger Group; or Bilderbergers.

Whomever they are, rest assured that they derive their power from our monetary economic system that is currently in place and they will collectively aim to ensure that this unequal system of resource distribution continues forward.

So if you ask the average American “Hey, knowing that we are globally facing a future peak population challenge that will impact the quality of life for all, what should we do?”. Well, you get the typical answer; develop new cleaner sources of energy, food, and water. Conserve and respect. And that would be normal.

But when we ask the global elite, we get a blank stare. They don’t want to talk about it. In fact, they are secretively quiet. The difference between them and us is that they currently have the power to change our direction while, we the global people, are at the mercy of their decisions.

So what would they do?

Well, we know that they want to preserve their positions so I provide an educated guess on what they will do….so here goes.

First, they are not about morality or people. So they will make the decision that too many poor people killing one another for resources is a destabilizing force that threatens their quality of life. So what I think they will do is a soft kill and a methodic control of resources to maintain their power.

I do NOT think they will nuke to kill off the billions of worthless humans that they will decide are expendable. No, instead, they will distribute sterilization meds in the guise of health care to neuter those that they have decided should NOT pro-create.

In other words, no blood was spilled. We the people will just die off. And after a few generations, the human population will die off and return to what they feel is a good equilibrium.

They will probably start this in places where the populations are bursting at the seams e.g… China, India, and Tokyo

In short, someday in 2100, there may only be 1-2 billion people on the planet. Using future technology, humans will live maybe 150- 180 years and the resources will be distributed as the elite desire. It will be a 22nd Century New World Order.

This scenario sounds crazy to most in 2013, but do you really think this planet, under this current system, can provide a decent quality of life for 25 billion people? Or do you think the elite will instead change to a resource-based economy like the one described by social engineer Jacque Fresco and the Venus Project? I hope for the latter but I would bet on the former because we are too late and the elite are too greedy.