They Demand That the Israeli Blockade of Gaza Be Lifted

Representatives of IHH, the international humanitarian organization that organized the passengers on the Mavi Marmara in the 2010 Gaza Freedom Flotilla, have told the author that families of the nine murdered by Israeli Defense Forces (IDF) commandos on May 31, 2010, consider the “apology” of the Israeli government to the Turkish government as meaning very little until the Israeli government lifts the blockade on Gaza.
Their family members were killed on a non-violent mission to challenge the Israeli naval blockade of Gaza and the families do not consider either an Israeli government apology or the offer of compensation for the death of their loved one as any form of fulfillment of their mission—only the lifting of the blockade on Gaza will assuage their deaths.
The IHH representatives also said that a prosecutor’s indictment filed in the Istanbul High Criminal Court on May 29, 2012 against four senior Israeli government military and intelligence officials will continue.  Witnesses have provided sworn testimony in court hearings in November, 2012 and February, 2013.  A third hearing for testimony from remaining witnesses is scheduled for May, 2013.
The four defendants, the former Israeli Chief of Staff of the Israeli Defense Forces, the Israeli Naval Forces Commander, the Israeli Air Force Intelligence Director, the head of the IDF Military Intelligence Directorate, are charged with willful killing, attempted willful killing, intentional causing serious injury to body or health, plundering, hijacking or seizing maritime vessels, intentionally causing damage to property and instigating violent crime.
A political apology by the Israeli government to the Turkish government cannot stop a legal process underway in the Turkish courts, the IHH representatives said.  The President of Turkey cannot order the Turkish courts to drop the case and to do so would be a violation of Turkish law, they said.
The first criminal complaint concerning the Israeli attack was filed on October 14, 2010 at the International Criminal Court (ICC).
Eight Turkish citizens and one American citizen were murdered by Israeli commandos.  While President Obama recently cajoled Israeli Prime Minister Netanyahu to apologize to the Turkish government for the deaths of their citizens, he apparently did not ask for a public apology for the death of the American citizen, 19 year old Furkan Dogan. 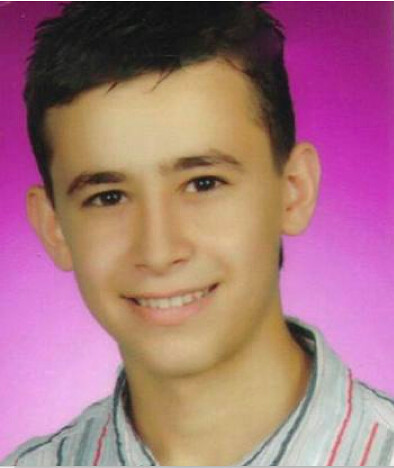 Nor did President Obama authorize a U.S. government investigation into the death of Furkan; instead, the Obama administration in 2010 said that it had confidence in the investigation conducted by the Israeli government, an investigation that almost three years later has now been revealed by the Israeli Prime Minister himself to have discovered “operational mistakes” in the conduct of the raid on the six ships of the Gaza Freedom Flotilla.
President Obama apparently knew full well that American citizen Furkan Dogan had been executed at close range by Israeli commandos when Turkish President Erdogan, shortly after the Israeli attack on the Gaza flotilla, showed him photos taken in the Istanbul morgue of Furkan’s body with fatal wounds to his head.  Israeli commandos shot Furkan five times at close range.  Obama reportedly quickly turned away from Furkan’s photo that showed the bullet wound to his face.
In the months following the attack in 2010, President Erdogan apparently showed the photos of some of the murdered passengers to several heads of state, including Italian President Berlusconi, to leave no doubt that Israeli commandos executed the passengers at close range.
Now, almost three years later, we know from U.S. government documents obtained by the Center for Constitutional Rights through a Freedom of Information Action (FOIA) request, that the U.S. Department of State and the U.S. Embassy in Tel Aviv were in frequent contact with the Israeli government concerning the flotilla before, during and after the Israeli attack on the ships of the flotilla.
“Upon learning that American citizens (“Amcits”) would participate in the May 2010 flotilla, several State Department officials expressed concerns that the Americans may be harmed or at least detained by Israeli forces. However, no records have been released reflecting any high level discussions that may have occurred on the need to protect the lives of participants or encouraging opening the flow of aid and commerce into Gaza . To the contrary, despite having been informed by organizers of the non-violent humanitarian purpose of their mission, released records point to a pattern of U.S. officials blaming flotilla participants for “putting themselves in danger” rather than working to reduce the risk of such danger from an Israeli attack.”
http://ccrjustice.org/files/US_Passengers_Production_Guide.pdf
IHH representatives also mentioned that the Israeli offer of compensation is to the families of those killed, not to those who were wounded by Israeli commandos.  One passenger has been in a coma for almost three years and many passengers who were also seriously wounded are still suffering from their bullet wounds.  Some of those wounded are from countries other than Turkey and no Israeli apology has been made to them or their governments.
To some, an Israeli “apology” is remarkable as Israel has virtually never “apologized” for any of its actions. And they would say that an “apology” and an acknowledgement of “operational mistakes” are better than silence from the Israeli government.
However, passengers on the Gaza flotilla did not go on the voyage to Gaza for their own self-gratification.  They went to bring attention to the plight of Palestinians.  When Palestinians are routinely killed in the West Bank and Gaza by the Israeli Defense Forces (IDF), when Palestinians are subjected to inhumane checkpoints and apartheid walls, when the blockade of Gaza continues and when Israel attacks Gaza with impunity as it did in 2009 killing 1400 Palestinians and in 2012 killing over 300 Palestinians, then allowing Israel to escape criminal liability with an “apology” for the nine murders on the Mavi Marmara is essentially giving the Israeli government a “green light” to continue its policies of oppression, occupation, imprisonment, and blockade of Gaza, the West Bank and East Jerusalem and the murder of Palestinians.
If it were any other country in the world that had committed any of these acts, the United States would have withdrawn military and economic aid, but instead, almost three years later, the Israeli government walks away with a mere “apology.”
That’s not right, and virtually everyone in the world, except the United States government, knows it.
Hand in hand with Palestinians, international citizen activists will continue to challenge the inhuman Israeli actions toward Palestinians in Gaza, the West Bank and Jerusalem.
The next challenge of the naval blockade of Gaza will be Gaza’s Ark which attempt to break the Israeli quarantine by carrying export products from Gaza out by boat (www.gazaark.org).
About the Author:  Ann Wright spent 29 years in the US Army/Army Reserves and retired as a Colonel.  She was a US diplomat for 16 years and resigned in 2003 in opposition to the Iraq war.  She travelled to Gaza three times in 2009, helped organize the 2009 Gaza Freedom March and was a passenger on the 2010 and 2011 Gaza Freedom Flotillas.  She was an organizer for the US Boat to Gaza, the Audacity of Hope and is an organizer for the US campaign for Gaza’s Ark. She was a witness in the November, 2012, Istanbul Criminal Court hearing, in which passengers provided sworn testimony describing the 2010 IDF attack on the Mavi Marmara and the Challenger 1.
MORE PHOTOS