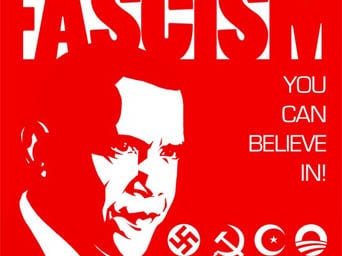 ” …My father saved somewhere between 7,000 and 15,000 lives during his tenure as Ambassador to Argentina. He also saved large amounts of people from Fidel Castro’s concentration camps in Cuba during the early 1960’s. The only thanks he got from his government was to be taken off the fast track for promotion by the corrupt Prime Minister Brian Mulroney.”

(2013/04/11) – Anybody who is even partially aware knows that a fascist coup d’etat has taken place in the West. History teaches us that if we do not fight this take over to the death, we will be killed anyway.
The only people who do not understand this are either part of the fascist regime or else so hopelessly dumbed down and brainwashed they can only be saved when the fascist propaganda machine is turned off. History also teaches us that if the people do become ready to fight to the death, fascists, who are cowardly bullies at heart, surrender almost without resistance.
To understand how and why we must overthrow the criminal regimes of the West, especially the United States, I believe Argentina makes a good case study because the group that took over Argentina is the same one that staged a fascist coup in the US after 911 and staged a slow motion take-over of the EU.

My father was Canadian Ambassador to Argentina during the dirty war and as a result I was a front line witness to those events. Although he was an atheist, he worked with the Catholic Church in a secret battle to save lives there.


The first thing to note is that the Jesuits have been slaughtered en masse several times in Latin America for helping the poor and downtrodden and thus learned to be very careful when dealing with the military wing of the Roman Empire in South America.
To get an idea, please watch the movie “The Mission.” The Argentine dirty war, in which 30,000 people were kidnapped, tortured and killed, was just the latest in an ancient history of Roman military slaughter.
When I was there our next door neighbor was kidnapped twice. We had a 24-hour Argentinian special forces guard stationed at our house. One of them showed me his notebook from the police academy; it was filled with instructions on how to make bombs.
He said he had been told to set off bombs so the military government could justify their fascist government by blaming it on the “terrorists.” He also said that he and his buddies grabbed leftists, hippies as well as “known criminals or troublemakers” and killed them in order to “make Argentina safe.”

Once, when some of the junta generals were at our house for dinner, my mother asked about the fate of some “leftists” who had recently been arrested. The general (I cannot remember which one) said “torture must not be handled by sadists, it needs to be done rationally and without emotion.”

During a bus trip down to the South of the country, me and a friend talked about things like Carlos Castaneda (of the Don Juan books) and marijuana. The bus was suddenly stopped by military policemen who came into the bus, pointed machine guns at us and dragged us off the bus.
If I did not have a Canadian passport saying my father was a diplomat, we would have been tortured and killed. In our case, we were let go after they searched us thoroughly (and took whatever they liked). It turns out the police went after us because the lady sitting in front of us did not like our conversation and informed on us.
There were also cases at the time of things like people getting rid of rival suitors by calling the police and anonymously accusing them of being communists or the like.
My father risked his career to fight these fascists.
Here is a shortened version of the recollections of my father published in a local Ottawa, Canada news site by his colleague Pierre Beemans:

It was in a line-up at the supermarket on Holy Saturday that I learned of the death of Dwight Fulford, some four years ago…the news left me feeling that I had a chance to say goodbye and to remind him of why I held him in such high esteem.
It goes back to 1978, when Dwight was Head of Post in Argentina and I was in Buenos Aires as the working head of the Canadian delegation to one of those endless UN conferences on how to improve the world. As ambassador, Dwight was the formal head of delegation, but he made it clear when I checked in to the embassy that he had lots of other things on his plate and would be happy if he could show up for only the opening and closing sessions.
Buenos Aires in 1978 wasn’t the happy place that I had first known in 1962. The generals were in power and the ‘Dirty War’ was in full swing: union leaders, journalists, student radicals, progressive priests, leftwing politicians and just about anyone with the wrong kind of books were being rounded up and questioned — if not jailed, tortured and tossed out of planes over the South Atlantic. A few militant groups, notably the ‘Monteneros’, were trying armed resistance but theirs was a hopeless cause.

Little of this touched the several thousand foreign delegates to the conference as we shuttled between our luxury hotels…Then he touched my arm and said, “Something’s come up at the Embassy. You might want to join me for this.” It seemed that a young woman and her 4-year old son had come into the Embassy early in the afternoon and, after closing hour, were refusing to leave and asking for protection…
It seems that she had received two visits from the police asking her for the whereabouts of her husband, known to be a sympathizer of the Monteneros. She had told them that she hadn’t seen him for two years, that he was in hiding somewhere unknown, that she had received neither news nor money from him, and that she wanted nothing to do with him or his politics.
The police didn’t believe her and in the second visit they told her that if she didn’t know, she certainly had ways to find out; if she didn’t provide them with an answer in 48 hours, she would be arrested and interrogated more ‘formally’, and she could say good-bye to her child. She and her son had left their house [and went to the embassy] with just the clothes on their backs so as not to arouse suspicion.
I asked Dwight if he believed her story. “Of course,” he replied, “this is happening every day in Argentina. Just the fact of coming here like this makes it impossible for her to return home. Their lives are in danger but they can’t stay here.”

Dwight went out to the police guards outside the doors, told them he was locking up for the night, thanked them for their attention and wished them a pleasant night with their families.
As soon as they were gone, we took the elevator with the woman and the child down to the basement garage. After the driver checked carefully, we bundled them into the ambassadorial limousine and drove away.
I asked Dwight where he was going to take them. “I don’t know yet,” he said, “and no need for you to know. I’ll figure something out. Good night and have a safe trip home.” Dwight was not a person for long speeches.
I learned some years later when our paths crossed again that he had found a place for them to stay while he made arrangements to get them out of the country. I gather it was worked out through the good offices of the Papal Nuncio. If he had been found out, of course, he would have been ‘ persona non grata-ed’ within hours, probably with an even frostier fate awaiting him on his return to Ottawa.

My father never talked about such things with us and he carried most of such stories to the grave with him. My mother recalls he once got a call from somebody thanking for saving his live and he did not even remember who the person was.
The fact is though, he saved somewhere between 7,000 and 15,000 lives during his tenure as Ambassador to Argentina.
He also saved large amounts of people from Fidel Castro’s concentration camps in Cuba during the early 1960’s. The only thanks he got from his government was to be taken off the fast track for promotion by the corrupt Prime Minister Brian Mulroney.
It makes me deeply ashamed the current Prime Minister of Canada, Stephen Harper, is cooperating with those same tyrannical forces by allowing the Canadian military to participate in criminal military actions in places like Libya. You can be sure, though the forces of justice will one day catch up with him.
In any case, although my father did what he could in the circumstances he was in, I believe we need to be more pro-active and take the battle to the fascists.

If the US patriotic military wishes to restore the Republic of the United States and fight for justice and human rights, then it is time to act.

Benjamin Fulford was born in Canada in 1961. And He is a renowned conspiracy theorist and ex-chief editor of Forbes in Japan. He has started lectures and criticisms about the conspiracies of ”Sabbateans mafia” around the world since 2005. In 2009, He acquired Japanese citizenship legally. He now lives in Tokyo.