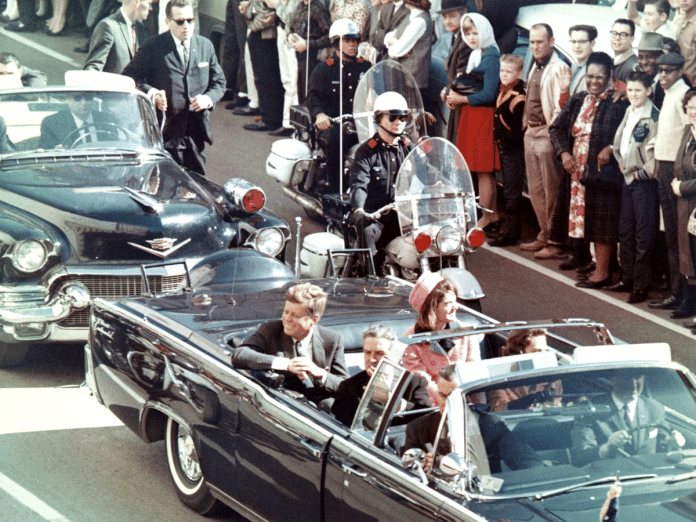 They Killed Our President: 63 Reasons to Believe There Was a Conspiracy to Assassinate JFK

Unless you’ve been living under a rock for the past fifty years, you’re aware of the many hypotheses that the assassination of President John F. Kennedy was not done by one man. Whether you’ve read one or a dozen of books on this topic, it’s nearly impossible to fully grasp the depth of this conspiracy—until now.

For the first time ever, New York Times bestselling authors Jesse Ventura, Dick Russell, and David Wayne have teamed up with some of the most respected and influential assassination researchers to put together the ultimate compendium that covers every angle—from the plot to the murder—of JFK. 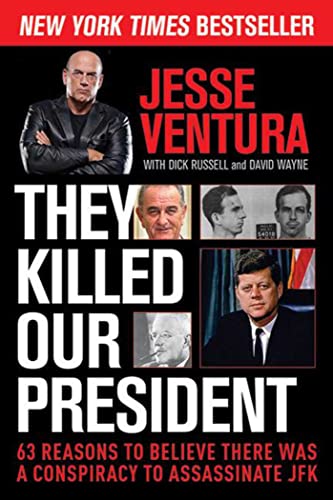 They Killed Our President: 63 Reasons to Believe There Was a Conspiracy to Assassinate JFK will not only discuss the most famous of theories but will also bring to light new and recently discovered information, which together shows that the United States government not only was behind this egregious plot but took every step to make sure that the truth would not come out.

With 2013 marking the fiftieth anniversary of JFK’s assassination, it’s about time we understand the JFK assassination more fully. The research and information in They Killed Our President: 63 Reasons to Believe There Was a Conspiracy to Assassinate JFK is unprecedented, and there’s nobody better to bring this to everyone’s attention than Jesse Ventura. 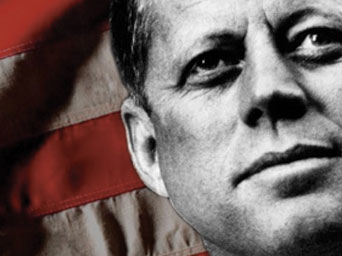 Review: Starts Right Off with The Smoking Gun

by A. R. Waterman

Ventura and Russell hit the ground running on the very first page with a copy of a document that proves a coverup from the very beginning.

Kennedy was assassinated on Friday, and Oswald was killed that Sunday. Robert Kennedy, Attorney General of the United States, did not show up for work Monday morning, his brother having just been murdered. In his absence, the acting Attorney General, Nick Katzenbach, sent a memo to Lyndon Johnson’s aide Bill Moyers detailing what had to immediately be done about the president’s murder: cover it all up:

“The public must be satisfied that Oswald was the assassin, that he did not have confederates who are still at large; and that the evidence was such that he would have been convicted at trial.”

The memo includes suggestions for getting the FBI to muddy the water, and for setting up a special hand-picked commission in order to circumvent an attempt by congress to get at the truth.

Katzenbach’s memo flies in the face of every basic rule of law enforcement, which is to search out, scour, and examine every possible suspect and investigate every motive following a murder. Katzenbach’s first priority was clearly to prevent the case from being investigated at all.

From these first two pages, Ventura and Russell hammer home 62 more proofs that the conventional story regarding Kennedy’s murder is a bald and blatant fraud. If you have friends who scoff at the idea of a conspiracy to assassinate JFK, give them this book. It will change their minds.

Jesse Ventura is the former governor of Minnesota and author of four national bestsellers, including 63 Documents the Government Doesn’t Want You to Read and American Conspiracies. Ventura is the host of the television show Conspiracy Theory with Jesse Ventura on truTV.

Dick Russell is a nationally respected activist, environmentalist, and author of critically acclaimed books, including, Jesse Ventura, The New York Times bestsellers 63 Documents the Government Doesn’t Want You to Read, and American Conspiracies. He is also the author of On the Trail of the JFK Assassins and The Man Who Knew Too Much. Russell has been published in many of the nation’s top magazines and has been a guest on numerous national TV and radio programs, including NBC Nightly News.

David Wayne grew up in the Chicago area during a period of tumultuous change in the 1960s, which fueled his interest in contemporary history. After attending college in the Midwest, he spent many years at Stanford University as an independent research consultant. He is now an investigative journalist with over twenty-five years of evidence-based research experience, with a specialty in the microanalysis of media events. He makes his home in Bogotá, Colombia, with his wife, Marta, and their daughter, Nikki.