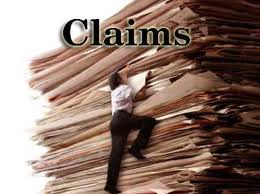 Fine reporting by journalists with the nonprofit Center for Investigative Reporting stirred the nation in March when they reported dismal service from the Veterans Administration to Americans seeking counseling, treatment and financial compensation for their military service.
We shared those stories in the Quad-City Times, along with accounts from veterans stuck on years-long waiting lists to get services required by law. The reporting spurred action by the VA, which has cut the Iowa lag time from 242 to 156 days, or nearly three months. That’s remarkable progress due entirely to public pressure on our government to make these veterans a priority. Congressmen didn’t lead this reform. They followed the reporting.
That reporting disclosed Middle East war veterans living in hovels as they awaited disability compensation for illnesses and injuries suffered in the service. Some attempted suicide, or simply gave up. Most were like Edwin Del Rio, 24, an Afghanistan War veteran from San Francisco, who tried to cope by stringing together payday loans while waiting more than a year for $31,000 in compensation for verifiable foot, knee and post-traumatic stress injuries. He finally got his check in May.