Home Veterans Vampires & Zombies: How Savvy Home Buyers Can Get Some "Monster" Bargains!

Despite the housing crisis that caused major headaches for much of the United States in the last decade, the housing market seems to be picking up a little. 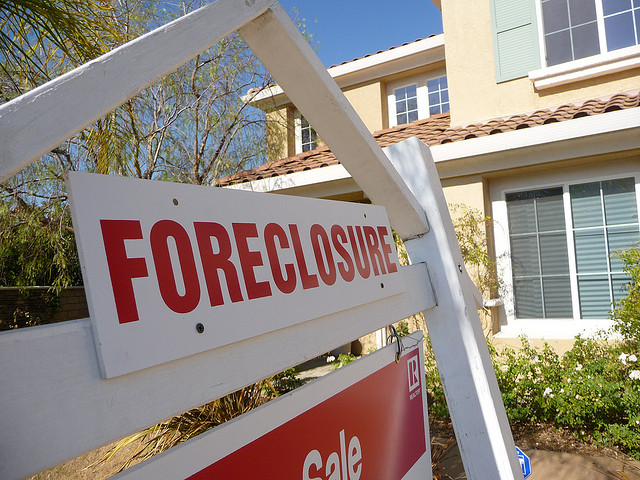 But for those savvy home buyers looking to purchase a bargain, there is one way of buying a home cheaply – and that is by purchasing a vampire or a zombie home.

You might think I have gone crazy here, but there really is such a thing as vampire and zombie homes. And no, they are not homes occupied by monsters, but they are simply terms used by realtors to describe certain types of home!

Even though things are starting to pick up in the housing market (albeit at a rather slower pace than before the burst of the housing bubble), there are still plenty of people out there that cannot afford to meet their mortgage payments on their homes.

This may be due to buying a house and living above their means, or perhaps they might have got laid off from their jobs and do not have the money to pay for most of their regular household expenses (their mortgages being one of them).

Although this is obviously a sad state of affairs for many Americans, it does represent an opportunity for homebuyers, or those wishing to invest in the property market, to benefit from bargain property prices.

Now in case you have never heard of these rather peculiar real estate terms before, let me explain what they mean:

Vampire homes – these are basically REO (Real Estate Owned) properties that are presently occupied by the previous owners who were foreclosed on. Vampire homes are usually ones that banks or lenders tried to auction off but were unsuccessful at finding a buyer.

It is estimated that around 47% of the 525,000 properties across the United States are vampire homes, with former owners still occupying them.

Zombie homes, on the other hand, are also REO properties but unlike their vampire cousins, the properties remain empty and unmaintained, looking neglected and negatively affecting the value of neighbouring homes as some of them are eyesores in an otherwise attractive neighborhood.

Why REO properties have not been sold off

According to mortgage lenders in Virginia, the main reason that banks and other lenders have not sold off vampire and zombie properties as soon as they were foreclosed upon is simple; they were waiting for the housing market to stabilise so that they could recoup as much of their losses as possible.

Another reason is because the foreclosure process takes such a long time. For example, in Florida, it takes an average of two and a half years to complete a foreclosure.

How you can benefit from buying such properties

Let’s face it; banks and other lenders don’t want these properties, and former occupants don’t want to be responsible for them anymore as they want to make a fresh start elsewhere.

So for those reasons , you are perfectly placed to buy a “monster” home for a bargain price.