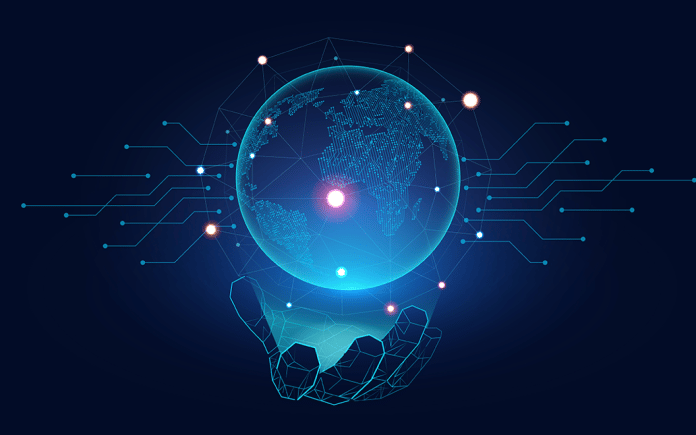 This week, Bloomberg News is dedicating a weeklong series on the rise of Mexico as it continues its rise from a 20th-century third-world country to a 1st-world economic engine for a globalized 21st-century world.

This feature highlights what global investors have already known for many years in that the world went flat and once proud nationalists have switched their allegiances from a nationalistic disposition to a global position. All this while the lower classes in the world remain focused on national flags while their leaders wearing national flags on their lapels actually wear the flag of a global world on their foreheads.

The age of globalism is NOT new. The corporations began their “multi-national” rise back in the 50s. Companies that were once uniquely American or British started seeing their businesses and interests transfer from their home countries to multi-countries.

The OIL industry was one of the first industries to go global and leaders in this industry were one of the first industrialists to go from nationalists to globalists. This transformation is highlighted in the seminal book “The Seven Sisters: The great oil companies & the world they shaped” which describes the original 7 oil companies that dominated the 20th century.
Now, fast forward to our 21st century and we see almost all industries have gone global led by, in some cases, born globalists.

We see companies such as Caterpillar, a once great American company now do the majority of their business in countries other than their home country. Or that famous company from the Iraq war headlines, Haliburton, with its headquarters in Dubai, proudly displayed that its former Chairman Dick Cheney, another globalist posing as a nationalist, was part of the great leap forward from a national company to a global corporation.

My point is that, around the world, globalists are investing everywhere, moving through borders with ease while they go on domestic media shows wearing national flags pretending to care about local workers when in fact, they are NOT nationalists at all but global carpetbaggers motivated by profits to, as Machiavelli once said, to stay in power by any means necessary.

In fact, the government officials that once represented the peoples of their nation are being purchased by these globalists causing all kinds of disconnections. For example, Americans are constantly getting frustrated with their political leaders because, after they elect their leaders to go out and protect the will of the people, the politicians go out and do the exact opposite.

Now, admittedly, sometimes, the will of the people is in alignment with the money purchasing the politicians so sometimes, the people get a respite from the bombardment, but when it does not, Americans just get angry and really have trouble making the connections as to what is really going on. So they blame the other party or one guy or this or that when in fact it’s the flat world crashing in on their once great national identity. And it’s happening all over the world too..not just in the USA.

So yea, these globalist people don’t really want you to know that they are globalists because they fear that if you know, you won’t relate to them at all. Besides, keeping the locals as nationalists allows for the globalists to keep “the people” in a box easily controlled by national laws designed to keep them in line and pay their wage slave taxes to the man so that the globalists can use those funds as needed when needed.

In the USA, we saw that in action as U.S. taxpayers bailed out global banks and companies as the very same global banksters were eroding their national wealth vis-a-vis the mortgage crisis. It was a massive robbery that made John Dillinger look like a 5-year-old kid stealing a candy bar from the local general store.

Yet, while the world went flat and globalists emerged from the shadows, most people still don’t get it. Their national heroes went global while they were left holding a meaningless flag only designed to keep them in line for their profits.

This is where we are today. As for tomorrow, well it’s all expected to continue forward. The Olympics will go on in Sochi Russia early next year while average people will be watching raising their flags with pride as the globalists continue to advertise their goods and services making tons of profits and investing those profits around the world.

For me, I feel that if leaders went global, we should as well.  I think it will be interesting to see what goes on from here. I mean will the nationals of the world eventually figure out the ruse? Or will they get bored with nationalism as they see it slip from their hands in the 21st century? Time will tell!