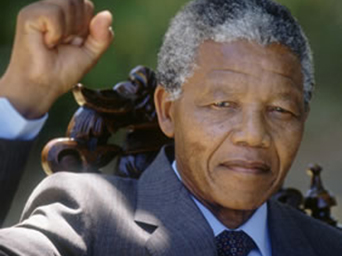 America has its beloved former president Abraham Lincoln, but the World has its beloved hero and constant inspiration, Nelson Mandela ~ the South African anti-apartheid revolutionary and leader who was jailed for 27 years, served as President of South Africa from 1994 to 1999 and rightfully won the Nobel Peace prize in 1993.

Mandela today is still a unifying call in the universal fight against oppression and apartheid ~ a living symbol of hope, unity, love and peace:

“As I walked out the door toward the gate that would lead to my freedom, I knew if I didn’t leave my bitterness and hatred behind, I’d still be in prison.” Nelson Mandela

I didn’t want to wait to write a eulogy for the world’s last Hero, Nelson Mandela, so I chose instead to acknowledge and share my feelings now about this giant symbol of hope, perseverance and peace with a world that is running out of true heroes who are willing to live their principles and carry the same banner that Mandela still carries.

Here’s Mandela’s first video interview on May 21, 1961 after being jailed for 27 years and note how his voice has indeed left the hatred and bitterness behind as he speaks of his continued commitment to one man, one vote and fundamental human rights as well as peaceful and non-violent demonstrations. See 4 minute video

Here’s Mandela’s life story which covers his humble beginnings and his longing for the freedom from the shackles of the ‘legalized discrimination’ of Apartheid and his resultant stormy rise to become the revered father of South Africa and an inspiration to the world. 13 minute must see video ~ 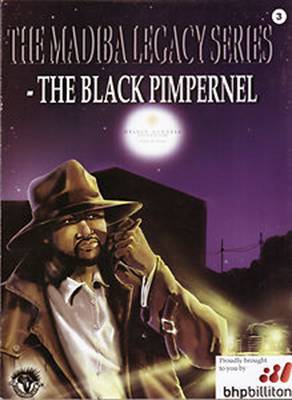 But the legend of Nelson Mandela must include his role as the Black Pimpernel where he went underground and battled for South African freedom as a revolutionary ~ living in seclusion, wearing various disguises and inspiring a nation with his exploits. Here is Mandela describing his experience in excerpts from the Black Pimpernel ~ “Under apartheid, a black man lived a shadowy life between legality and illegality, between openness and concealment.

To be a black man in South Africa meant not to trust anything, which was not unlike living underground for one’s entire life…. I became a creature of the night. I would keep to my hideout during the day, and would emerge to do my work when it became dark …. I would wear the blue overalls of the fieldworker and often wore round, rimless glasses known as Mazzawati tea glasses. I had a car and I wore a chauffeur’s cap with my overalls. The pose of chauffeur was convenient because I could travel under the pretext of driving my master’s car…. D

uring those early months, when there was a warrant for my arrest and I was being pursued by the police, my outlaw existence caught the imagination of the press. Articles claiming that I had been here and there were on the front pages. Roadblocks were instituted all over the country, but the police repeatedly came up empty-handed. I was dubbed the Black Pimpernel, a somewhat derogatory adaptation of Baroness Orczy’s fictional character the Scarlet Pimpernel, who daringly evaded capture during the French Revolution.” See article ~ 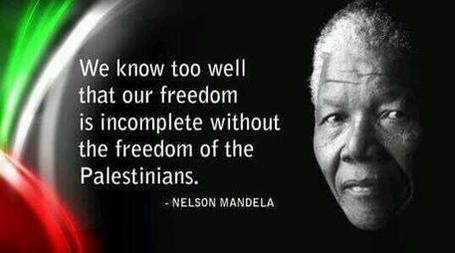 When we think of oppression and Apartheid today, we obviously think of the continuing and illegal occupation of Palestine by Israel and Mandela saw this ongoing human rights affront clearly ~ as seen in these excerpts from his memo to Israeli apologist Thomas Friedman in March of 2001:

I know that you and I long for peace in the Middle East, but before you continue to talk about necessary conditions from an Israeli perspective, you need to know what’s on my mind. Where to begin? How about 1964. Palestinians are not struggling for a “state” but for freedom, liberation and equality, just like we were struggling for freedom in South Africa. Let me quote my own words during my trial. They are true today as they were then: “I have fought against white domination and I have fought against black domination. I have cherished the ideal of a democratic and free society in which all persons live together in harmony and with equal opportunities.

It is an ideal which I hope to live for and to achieve. But if needs be, it is an ideal for which I am prepared to die.” Today the world, black and white, recognize that Apartheid has no future. In South Africa it has been ended by our own decisive mass action in order to build peace and security. That mass campaign of defiance and other actions could only culminate in the establishment of Democracy…

Thomas, if you follow the polls in Israel for the last 30 or 40 years, you clearly find a vulgar racism that includes a third of the population who openly declare themselves to be racist. This racism is of the nature of “I hate Arabs” and “I wish Arabs would be dead”… Apartheid is a crime against humanity. Israel has deprived millions of Palestinians of their liberty and property. It has perpetuated a system of gross racial discrimination and inequality. It has systematically incarcerated and tortured thousands of Palestinians, contrary to the rules of international law. It has, in particular, waged a war against a civilian population, in particular children…. T

And that’s what Mandela would defiantly be saying now to Secretary of State John Kerry as Kerry tells the oppressed, battered and occupied Palestinians they better hurry up and settle for peace and formal apartheid, while Israel defiantly announces it will build 1200 new homes, for Jews only, on occupied Palestinian land. This is blatant Israeli colonialization and U.S. blackmail ~ while the world continues to ignore and condone the kabuki theater of the current Middle East Peace Talks.

Nobel Laureate Nelson Mandela, the courageous Black Pimpernel, has conquered fear and in the process has become a beacon of light to a world that is still blindly groping for its moral bearings.

“I learned that courage was not the absence of fear, but the triumph over it. The brave man is not he who does not feel afraid, but he who conquers that fear.” ~ Nelson Mandela