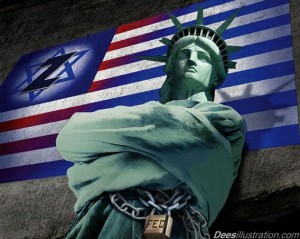 By Jim Fetzer and Kevin Barrett

The US has been designated as “the greatest threat to world peace” in a major new poll by Win/Gallop International showing strong anti-US sentiment, not just in Russia 54% and China 49%, but even Greece and Turkey 45%, Pakistan 44% (even though it is a top recipient of US aide) and also throughout Latin and South America.  Given the extent of US intervention during the past 50 years or so, it is not that surprising, especially when compounded with NSA surveillance programs.  Brits put the US and Iran in the same category, which is simply absurd, since Iran has not attacked any other nation for over 300 years, is not pursuing nuclear weapons and has signed the NPT.  More rational assessments would place Israel high on the list of threats to peace.

A series of terrorist attacks in the city of Volgograd (formerly Stalingrad) has raised the specter of Islamic terrorism coming to Russia, but it would not be surprising if Bandar bin Al Saud and the Israelis are behind this in an attempt to punish Vladimir Putin for supporting Syria over chemical attacks, which The New York Times now acknowledges were not committed by the Assad government (even though it is buried inside the newspaper).  These attacks appear designed to embarrass Russia on the eve of the Winter Olympics.  A stunning reversal in attitude toward the US occurred in Turkey between 1999 (around 90%) and 2003 (about 10%) from virtually unanimous support to almost unanimous opposition because the lies that the US was telling were so obvious and egregious, like today.

Russia Today (RT) is calling out state-sponsored terrorism, which appears to be leading to censorship (apparently by the CIA).  Another attack, this time in Lebanon, appears to be an Israeli operation, where it may be in collaboration with Saudi Arabia, which is becoming far more open in its collusion with Israel in attempting to undermine the Syrian government and oppose Iran.  In the wake of the American Studies Association boycott of Israel, there is going to be a conference about the “special relationship” between the US and Israel, which has been overwhelmingly beneficial for Israel and costly in the human and material wealth of America.  Israel does not deserve special treatment, which should be brought to an end. The use of US weapons to suppress the Palestinian people is obscene.

Middle East politics have become incredibly complicated with the US usually serving as the instrument of Israeli policy.  The US is sending Hellfire missiles to Iraq, which belies the claim that we are departing from that country. The insurgent movement attributed to al Qaeda appears to be becoming more and more of a quagmire; it seems GHWB showed far greater wisdom that W in deciding not to take Iraq. Is the US helping Israel’s divide-and-conquer strategy by supporting both the Iraqi government AND the “al-CIA-duh” terrorists?

Soccer star Nicolas Anelka triggered a firestorm last week by celebrating a goal with a gesture interpreted by Zionists as “anti-Semitic” – a satirical Zio-Nazi salute known as the “quenelle.”  The quenelle, invented by anti-Zionist French comedian Dieudonné, has been gaining popularity and outraging Zionists, who want France to ban or even prosecute Dieudonné for “hate speech.” Zionists have gone so far overboard in their abuse of the Palestinians that it appears to be an appropriate form of criticism. Unfortunately, since Sarkozy replaced Chirac, France has been Israeli occupied territory, so Dieudonné has a tough battle ahead of him. 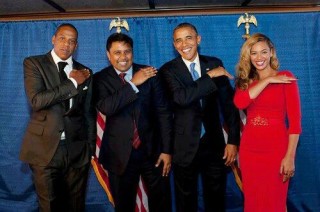 2013 was the year that confirmed that your paranoid friends were right in light of Edward Snowden’s stunning revelations about NSA surveillance of all electronic data on the internet.  A new book by John Whitehead, titled A GOVERNMENT OF WOLVES, which captures in detail the police state character of the new United States.  The NSA is not only spying using high tech methods but also installing devices on computers that allow them to track every keystroke someone is making on their computers.  It does not allow any form of encryption to preserve your privacy. We are growing up in a strange and threatening new Orwellian world, which the founding fathers would not have recognized. And a judge has determined that TSA can confiscate your laptop and examine its contents with no warrant--as blatant a violation of the Fourth Amendment as conceivable.

In a remarkable development, a New York Times editorial has called for clemency for Edward Snowden, where the Times in the past as been terrible about 9/11 but seems to be doing better with Freedom of Speech.  A dying defense attorney, Lynn Stewart, has been released from custory on humanitian grounds, where she has done her best to uphold the legal rights of accused terrorists in accordance with the highest principles of the Constitution.  Americans seem to be catching on to the lies that their own government has told them, where a recent article about JFK, “Six JFK shooters, including three with ties to the CIA, named–Oswald not among them“, has had over 40,000 reads on VT and has gone viral on non-main-stream-media blogs and web site, which is a positive sign.