Home Life How the Butcher Sharon Massacred my Family

How butcher Sharon massacred my relatives

No foreign leaders flew in for the funerals ofItzhak Shamir or Menachem Begin, both listed as “wanted terrorists” by the Brits. Yet some 20 shameless spineless international “dignities flew in for Ariel Sharon funeral, the butcher of Sabra and Shatila, Qibya, Gaza among others.

More disgusting of all is Tony Blair, the war criminal calling Sharon a “Giant in this land”. This is the personal story of a Palestinian-American Jamal Kanj as friend of mine who lost his family in the Massacres in Sabra and Shatila. 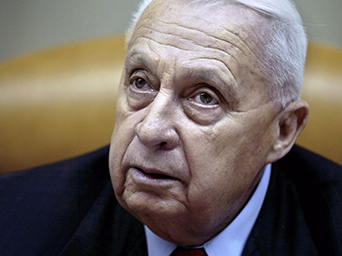 We arrived at our friends’ home with gleaming smiles, but were received with dejected expressions.

“Haven’t you heard the news?” they asked. “What news?” we replied.

“The massacre of Palestinian and Lebanese civilians in and around Sabra and Shatila camps,” was their wretched response.

Needless to say we were glued to the TV listening to trickling reports from inside the camps and watching bloated bodies of women and children paraded on TV screens.

Starting at 6pm on September 16 until 8am on September 18, the Israeli-armed Lebanese Phalange militia went on a killing spree while the Israeli army besieged the camps – stopping anyone from fleeing the massacre.

American reporter Janet Lee Stevens, who was one of the first foreign journalists to enter the camps, described the scene.

“Children with their throats slit, a pregnant woman with her stomach chopped open, her eyes still wide open, her blackened face silently screaming in horror; countless babies and toddlers who had been stabbed or ripped apart and who had been thrown into garbage piles,” she documented.

A 1983 United Nations (UN) team investigating the massacre concluded that “Israel bore responsibility” for the killing of civilians.

In the same year, Israel’s own appointed Kahane Commission reached a similar conclusion – accusing Ariel Sharon of bearing “personal responsibility” for the slaughtering of women and children.

Despite being held accountable for killing more than 3,000 civilians, Sharon refused to resign his Defence Minister post and his patron, Israeli Prime Minister Menachem Begin, snubbed requests to fire him.

Following strong pressure from the international community and violent civilian protests in the streets of Tel Aviv Sharon finally agreed to quit the military post, but was retained in the Cabinet as a minister without portfolio.

Less than two decades after the massacre, the former Ariel Scheinerman- born to a Belarusian couple before changing his family name to Sharon- was elected to Israel’s highest office serving as prime minister from 2001 until he suffered a brain haemorrhage in 2006 rendering him comatose.

He followed in the footsteps of two other Israelis: Isaac Shamir and Begin, who decorated Britain’s most wanted terrorist list in the 1940s.

They too were recognised for their murderous contributions to Zionism, reaching the highest political office in the Israeli government.

The Sabra and Shatilla massacre was just one of Sharon’s terrorist achievements on behalf of the state of Israel. He first gained notoriety in the 1950s, serving as a leader in the special, brutal Israeli army Unit 101.

Sharon’s first decorated massacre was in the autumn of 1953 when his unit attacked the village of Qibya and dynamited houses – killing 69 civilians, including children, sleeping peacefully in their homes.

While human rights organisations, along with relatives of murdered civilians, lament Sharon’s escape from justice on earth, morally corrupt leaders of so-called world democracies are absurdly calling this same person – who massacred women and children – a “man of peace”.

In memory of my cousin Saleh and for all those people he massacred throughout his murderous career, I will forever remember Sharon as a decorated butcher.

Mr. Kanj (www.jamalkanj.com) writes regular newspaper column and publishes on several websites. He is the author of “Children of Catastrophe,” Journey from a Palestinian Refugee Camp to America. The Gulf Daily News newspaper first published a version of this article.