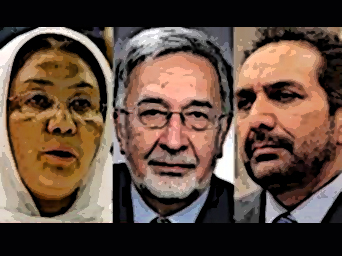 Dr. Zalmai Rassoul another presidential contender vowed Monday to do more for women and youth and provide them with 50 percent share in the next system if he won the elections.

He said he with his more than 40 years of experiences had realized that it was not a successful leader to do all by his own, but that could shape a hardworking team to meet all society requirements.

He said his government, if succeeded to be elected would include 50 percent of women and youth who are now seriously suffering joblessness.

Following the second day of the elections’ campaigns, Dr. Rassoul said he would do away with insecurity and corruption, create enough job capacities, strengthen relations with the international community and regularly help the country’s foreign policy go ahead.

“No one would take up arms during my [if elected] tenure and those with armed opposition would face serious reaction”, he said adding he would defend the country’s territorial integrity and national sovereignty as well as never allow foreigners to interfere in Afghanistan’s internal affairs.